Blog: I repeat: The Georgia Supreme Court did notchange law regarding non-economic damages 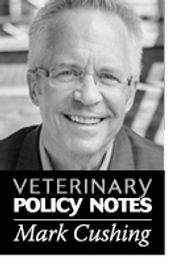 Over the past 10 days, much attention has been devoted to a Georgia Supreme Court decision in which a boarding kennel was accused of causing the death of one of its boarders, a dachshund, due to negligence.

Readers should take a deep breath and exhale. The court did not change existing law barring the recovery of emotional or sentimental damages.

Robert and Elizabeth Monyak left their 8.5-year-old dachshund mix and 13-year-old Labrador retriever with Barking Hound Village, a boarding kennel, for 10 days in May 2012. The Monyaks allege that the kennel operators mixed up the drugs and dosages between the two dogs and gave the anti-inflammatory medication meant for their arthritic Labrador to their dachshund instead. Shortly after its stay at the kennel, the dachshund was diagnosed with acute renal failure. Despite extensive treatment, the dog died less than a year later.

Georgia remains aligned with the rest of the United States in affirming the common law rule that a pet owner may not recover non-economic damages (sentimental or emotional damages) for negligent injury to or death of a pet.

A pet owner also may not recover damages for the unique value of the pet to the owner, or in the owner's estimation.

A pet owner may recover the reasonable costs of medical care in attempting to save or care for the dog after the alleged negligence (this is existing law in virtually all American states).

A pet owner may recover the fair market value of the pet as personal property based on opinion or actual evidence of that value.

On the topic of non-economic damages, the Georgia Supreme Court wrote, “We agree with those courts which have held that the unique human-animal bond, while cherished, is beyond legal measure.” An array of veterinary and animal health organizations submitted supporting briefs in this case. Their diligence and vigilance should be saluted, as the court once again rejected efforts to erode the common law rule.

With this clarification in Georgia law, the case-in which the Monyaks are seeking to recover damages that include more than $67,000 to treat the dachshund-may now go to trial or perhaps settle.

This week on dvm360: How to advance your career, plus more veterinary news

Dodging the perils of ProSal