Becoming an activist in veterinary medicine and beyond

BluePearl veterinary hospital administrator sheds light on the overdue awakening with systemic racial disparities and injustices, plus offers a few tips for becoming an activist in and out of the veterinary profession.

As a member of the LGBTQ+ and LatinX communities, I, too, have engaged in the social online Pride celebrations, showing up and being proud! In a few days, we will return to our non-Pride work schedules and social media habits. Organizations alike will be returning to their non-Pride-colored logos. So, I beg to ask, what happens next?

Over the past few years, America, and Americans, have faced a reckoning, long overdue, with its history of systemic racial disparities and inequalities. This new woke generation is aware of and actively attentive to important facts and issues, especially those dealing with racial and social justice, or injustice. But in today’s landscape, is it enough to be woke? Is veterinary medicine woke? I say we are far from woke.

The need for change

The deaths of George Floyd and Breonna Taylor brought a new level of attention to the everyday racial and social hardships faced by many Black, and People of Color (POC), individuals. Similarly concerning is the rise in statistics involving Black transgender women and the violence against them.

Some Black and POC trans women victims of violence in 2021 alone include:

According to the Human Rights Campaign, Black transgender women are murdered at a disproportionate rate because of their identities—being Black, being trans, and being women. That alone puts them at a greater risk of being killed and being victims of other forms of discrimination, too. Furthermore, per the National Center for Transgender Equality, transgender people, and transgender women of color specifically, face a “variety of types of violence, including intimate partner violence, violence fueled by transphobic and homophobic hatred, and violence from law enforcement and corrections officials.” In the National Center for Transgender Equality’s U.S. Transgender Survey, which included 28,000 respondents, 47% of “Black respondents reported being denied equal treatment, verbally harassed, and/or physically attacked in the past year because of being transgender.”

It isn’t just Black and POC individuals facing a staggering increase in violent crimes. Similarly disturbing are the attacks we have come to know against Asian Americans in a post-COVID world. Stop AAPI Hate has documented 6,603 hate incidents against Asian Americans from March 2020 to March 2021, and the true figure is estimated to be much higher, as many hate crimes go unreported.

The ADL defines ally, advocate, and activist as follows:

I am an Activist because, when I see racial disparities, gender inequalities, and injustices, it negatively impacts me as a person. When we see such things, it has a negative impact on all of us. When we stand by and watch everyday injustices, and say nothing, we become implicit. We lose a little of our humanity each time.

A call to action, like Wake Up, Vet Med, and the desire to be more inclusive as a veterinary industry, should be of interest to everyone. After all, shouldn’t our hospitals, and our employees, represent the communities and clients we serve? Do we not produce better veterinary medicine when our clients feel they can connect with us on a personal level? I believe so.

In closing, I say, let’s encourage change in our hospitals and in our industry. Let us all be activists who welcome positive change and a more inclusive, equitable, and diverse veterinary culture. Let us commit to celebrating Pride, and the unique contributions of our teams, every month, whatever they may be. Together, through activism, we can be the change!

Paul Miranda is a hospital administrator with BluePearl Specialty + Emergency Pet Hospital, supporting Operations in multiple hospitals throughout Kansas and Missouri. In addition, he works with numerous veterinary affinity groups in the Equity, Inclusion, & Diversity space, and is a member of BluePearl’s EI&D Council where he identifies, addresses, and advocates for sustainable and scalable change. 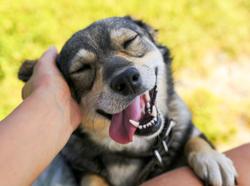