Veterinary pharmacologist Dawn Boothe runs down the drugs that you should, and shouldn't, use in empirical treatment.

If you're going to empirically treat a urinary tract infection (UTI) with an antimicrobial, it needs to be an uncomplicated UTI, says Dawn Boothe, DVM, MS, PhD, DACVIM, DACVCP, a professor of physiology and pharmacology and the director of the Clinical Pharmacology Laboratory at Auburn University's College of Veterinary Medicine. A lot of things could complicate an infection, but the most noteworthy is previous exposure to an antimicrobial, either in the patient or in the household.

"I don't think there's a set rule on how long the exposure interval would be, but my general rule of thumb would be three months," she says. "If a patient has been exposed within three months, running a culture and susceptibility is important, and you shouldn't empirically treat. Or, if you have to treat while waiting for the culture, use a drug that, if the patient fails therapy, the resistance that is left behind is not multi-drug resistance. "

If you assume Escherichia coli is the likely cause of infection in dogs or Enterococcus species in cats, and it is a first-time infection and the patient has clinical signs, you can expect that resistance shouldn't be an issue. In that case, Boothe suggests two drugs to use for treatment: amoxicillin-clavulanic acid or potentiated sulfonamides.

Potentiated sulfonamides are another potentially good choice for empirical treatment a UTI caused by E. coli since only 10% of E. coli were resistant. They should be used for short durations so there isn't the worry about hypersensitivity or allergic reactions.

Drugs to stay away from? Fluorinated quinolones.

"Historically data has shown that if resistance does emerge it tends to be multi-drug resistant, and if we have a patient that's at risk for recurrence of infection we don't want that happening," Boothe says.

She says amoxicillin is a time-dependent drug, which means the goal is for amoxicillin concentrations to be above the mean inhibitory concentration of the infecting organism for the majority of the dosing interval. Because its half-life is so short (about one hour), Boothe's preferred dosing regimen for amoxicillin (with or without clavulanic acid) is 10 to 15 mg/kg three times a day; alternatively, 20 to 25 mg/kg twice a day may work. But because of this short half-life, it should not be used if E. coli is causing infection in places other than the urinary tract.

Choosing the duration of therapy is trickier, however, because of a lack of scientific evidence to support current protocols of seven to 14 days.

"It makes sense to me that in an uncomplicated infection, if you use an appropriate dose and appropriate interval, then you shouldn't have to use that drug longer than five to seven days," Boothe says. "So my preference in the uncomplicated patient is to try and use the shorter duration of therapy-five to seven days-and then look to the profession to provide the science to support these shorter dosing intervals of these drugs." 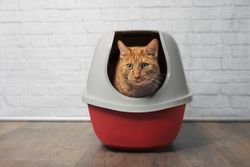 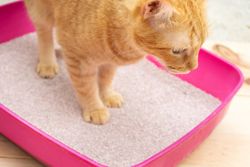 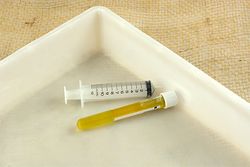