Researchers studying the incidence of opportunistic fungal infections in dogs being treated for immune-mediated disease were surprised by their findings.

In a poster presentation at the ACVIM Forum in June in National Harbor, Maryland, Brigitte McAtee, DVM, reported the results of a study of OFIs in dogs being treated for immune-mediated diseases. In this study, dogs receiving cyclosporine and male dogs were at increased risk for developing OFIs.

OFIs can be serious and are “something that clinicians need to look out for,” said Dr. McAtee, an internal medicine resident at Texas A&M University Veterinary Medical Teaching Hospital, in an interview with American Veterinarian®.

Dr. McAtee and her colleagues conducted a retrospective study to investigate the incidence of OFIs in dogs receiving immunosuppressive therapy. Their secondary aim was to explore risk factors for OFI associated with particular immunosuppressive drugs.

The researchers analyzed the records of 246 dogs. Of these, 16 (6.5%) were diagnosed with an OFI. The percentage of dogs with fungal infections surprised the team, said Dr. McAtee. “It was kind of a shock for us.”

One dog had only a single nodule on a distal extremity. A dog with multiple ulcerative nodules also had a renal capsule lesion caused by disseminated fungal infection; this dog died 6 days after diagnosis of the fungal infection.

The median time from initiation of immunosuppressive treatment to diagnosis of an OFI was 42.5 days (range, 7—390 days). Methods used to diagnose fungal infections included the following:

Male dogs were significantly more likely than female dogs to have an OFI (odds ratio, 4.1; 95% CI, 1.4&shy;&shy;—12.4; P = .01). Dr. McAtee speculated that lifestyle factors might account for the sex difference, but the retrospective nature of the study did not allow for further investigation of possible explanations.

“Small, subtle nonulcerated/ulcerated cutaneous lesions may represent an OFI in dogs receiving immunosuppressive therapy,” conclude the study authors. They recommend that skin or subcutaneous lesions in these dogs be tested with cytology, culture, and/or histopathology.

Dr. Laurie Anne Walden received her doctorate in veterinary medicine from North Carolina State University. After an internship in small animal medicine and surgery at Auburn University, she returned to North Carolina, where she has been in small animal primary care practice for over 20 years. Dr. Walden is also a board-certified editor in the life sciences and owner of Walden Medical Writing, LLC. She works as a full-time freelance medical writer and editor and continues to see patients a few days each month.

Exploring molecular allergology as the future of allergy testing and immunotherapy 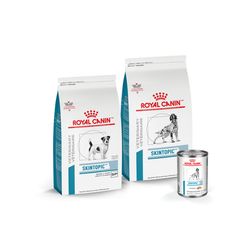