This Missouri native, Georgia transplant and firm believer in education and mentoring is this year's winner of the elite dvm360/Veterinary Hospital Managers Association award.

"I am super excited that this year's award goes to Judi Bailey. As a Certified Veterinary Practice Manager, she helps to raise the standard for management professionalism in the veterinary profession. As a long time, active member of the VHMA she is helping to pave the way for the next generation of managers to continue to provide exceptional leadership in practice."

In her contest entry, Bailey wrote about her:

• management abilities in turning around a challenging team

• lifelong learning and mentoring in the Georgia Veterinary Managers Association

• and her leadership abilities to taking her practice paperless.

One of Bailey's favorite things to do in her work, a part that really inspires her in practice management and can bring her to tears thinking about, is mentoring practice managers and managers-to-be. She still remembers her skepticism in sending out an email to people she thought might be interested in a managers association in the Atlanta area.

"I didn't think anyone was really gonna care about that," she says. "I just on a fluke sent out invites to hospitals and I got 48 people and 70 to 80 responses by email saying they wanted to come but couldn't this time."

Since then, Bailey's group, based on knowledge sharing and problem solving for members, meets six times a year, and Bailey makes herself personally available to answer questions for members in the two days a week she spends on CE, strategy for her hospital and association work.

That's hope for anyone out there who'd like more help from their colleagues and a friendlier relationship between clinics. Start your own association-or get involved now in the ones around you.

In an interview prior to the award ceremony, Bailey explained that she knew the paperless transition had to happen for her hospital.

"I timed one employee several different times, and it would take up to 22 minutes to find a paper record for someone walking in off the street who'd been seen just a few days before," she says.

Looking back, Bailey says the paperless transition was challenging, "but the best management learning experience" she's ever had.

Bailey admits it was also a little painful to enter the Practice Manager of the Year contest, because "pushing a button to say I'm great" was hard for a typically humble manager. But she enlisted others' help to inspire her, going to a Georgia Veterinary Managers Association meeting and asking members (whom she helps in her on and off hours) if they knew of anything she did to inspire them. They had a list, and she was deeply moved.

"I just didn't realize what an impact I had in my clinic and community sometimes," she says. "To me, it's just all in a day's work."

Judges selected Bailey out of nine finalists from an original pool of 40 entrants.

The 2017 dvm360/VHMA Practice Manager of the Year contest begins in early 2017. New for 2017 will be the opportunity to nominate practice managers in addition to managers entering on their own. Check out dvm360.com/PMOY for details. 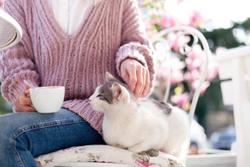 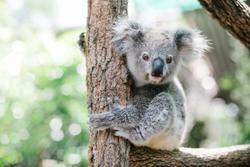