Why we should be teaching positive reinforcement (Proceedings)

The recent resurgence of dominance theory and its resultant array of confrontational (punishment-based) approaches to treating behavior problems is concerning to educated behavior professionals. The popular media has propagated this unfortunate resurrection despite growing research illustrating the danger of using force and punishment to treat behavior problems.

There are trainers and owners that use dominance theories and force/punishment based interventions successfully. Positive reinforcement trainers do not argue the effectiveness of properly applied punishment; however, punishment based trainers often DO argue the effectiveness of positive reinforcement. Many individuals claim that corrections are necessary in order to teach and proof behaviors. Admittedly, aversive stimuli creep into even the most carefully crafted behavior change program, in part due to the unpredictable environments in which we often must train. This is far different, however, from the purposeful and weighted use of aversive stimuli in modifying behavior.

Does it really matter if we modify behavior with positive reinforcement or through the use of aversives? Skilled and educated behavior practitioners unequivocally say "yes". Here are some reasons why.

One argument against positive reinforcement is the myth that it does not result in reliable behavior – that in order for a behavior to be consistent and dependable the animal must be punished when it performs incorrectly. Firstly, this denies the reality that no organism can be errorless 100% of the time. Making mistakes is part of life. Even Olympic athletes make mistakes and they voluntarily train for hours per day. Secondly, lack of reliability has less to do with the method and everything to do with the skill and dedication of the trainer. Thirdly, aversive based methods (punishment and negative reinforcement) produce animals that emit the minimal amount of behavior in order to avoid the aversive stimulus – the trainer will not obtain more effort without a greater aversive stimulus. In contrast, animals (and humans) will work harder in order to achieve the potential for greater positive reinforcement (PR).

2. The positive reinforcement perspective puts the burden of behavior change on the trainer/owner, while the dominance/punishment paradigm puts blame on the animal.

PR trainers embrace the concept of change themselves. In order to produce change in the animal's behavior, the trainer has to be willing to change the environment in which the animal behaves, as well as the trainer's own behavior. Positive reinforcement engenders partnership rather than contestation.

PR solutions require careful thought and planning as compared to just beating up the animal or shocking it every time it makes a mistake. PR trainers look for solutions that not only result in desirable behavior change, but that maintain the integrity of the human-animal bond. It IS often harder to find a positive solution to a problem, especially if a trainer is not truly convinced of the possibility of success or educated as to behavior change options.

No matter what method is used, long term stability of a behavior requires time and practice. Repetition is key. While punishment may create an immediate alteration in an animal's behavior that an owner/trainer finds desirable, the long term outcome is often not as attractive. Owners often find themselves flipping from one intervention to another, never satisfied with the long term outcome of any of them. Again, this is because behavior change requires a methodical approach no matter the intervention chosen. There are rarely any 10 minute fixes for any behavior problem, particular those as serious as aggression, repetitive behaviors or anxieties.

5. It does not impose physical or emotional limitations on the trainer/owner.

Training paradigms that rely on force and physical confrontation make successful behavior change unreachable for those individuals that are physically or emotionally incapable of implementing them. How does a quadriplegic apply a successful alpha roll or collar correction to a dog? How does a handicapped person chase a horse around a round pen?

6. Popular dominance theory trainers state that owners must behave in assertive ways so they demonstrate an "alpha" personality. But not all people can be, or even want to be, an alpha personality. Does this mean these individuals cannot own well behaved pets?

There is a common argument from those that espouse corrections as a necessary part of training that "giving dogs cookies all the time" just makes dogs indulgent and spoiled, thus leading to a host of behavior problems. This outlook demonstrates a lack of knowledge regarding effective use of reinforcement in training. Reinforcements are everywhere and animals are exposed to them all the time. We can use them to our advantage or we can spend a large portion of our time fighting the influence they have on the animals' behavior. Skilled positive reinforcement trainers set limits just as effectively as those trainers that condone corrections.

8. Using positive reinforcement does not mean we never tell animals when they are "wrong."

First, it is unfair to subject animals to the concept of right and wrong. These are behaviors that we arbitrarily designate with these labels based on our human traits and cultures. Nevertheless, positive reinforcement trainers do give information on desirable and undesirable behaviors. Animals trained consistently with positive reinforcement have an expectation for reinforcement. The absence of reinforcement speaks volumes to the animal – telling it a particular behavior was not the "right" behavior. Inserting even verbal corrections into the flow of a new learning progression actually disrupts the individual's concentration and thought process.

9. The argument that punishment is ok because it happens in "nature" doesn't hold water.

Nature provides massive amounts of reinforcement too. By this argument, we should actually be using positive reinforcement based training because the natural environment provides more opportunities for reinforcement than it does for punishment. Punishment reduces or eliminates behavior. If an animal was primarily subjected to punishments in natural settings, their repertoire of behavior would be rather small.

10. Treating all aggression with a dominance paradigm ignores the reality that aggressive behavior may arise for other reasons, including fear.

Not all aggression is created equal. Similarly, what triggers aggression at time point "x" may not be what drives aggressive behavior 2 seconds later. If a dog begins by growling over a bone and the owner alpha rolls the dog, the dog may continue to growl. The continuation of the growl may no longer be related to the bone but rather a defensive response to the owner's attack. Yet many individuals treat all aggression as a direct "insult" to the owner's status, resulting in persistent "attacks" to the dog.

11. It demonstrates respect for animals as sentient thinking and feeling individuals.

Anyone who has truly gazed into the depths of the eyes of a dog, cat or orangutan would be hard pressed to argue the existence of emotions within. While this bit of anthropomorphism is scientifically unsound, it should help us remember that separating our work with animals from our humanity is a much more grievous action. We should abhor slavery on any level.

We often overlook the myriad ways our behavior is reinforced throughout the course of a single average day. At times we may feel we are beyond the controlling laws of learning, but refusal to acknowledge them does not emancipate us from them. When owners punish animals and see a resultant change in behavior (even if it's just a fleeting "guilty look"), they are reinforced for punishing the pet. This means they are likely to punish the pet again in the future. One can see how this could lead to a vicious downward spiral for both owner and pet. Similarly, owners are reinforced for reinforcing desirable behavior. Consider how much delight owners attain from teaching pets simple parlor tricks. The entire process is fun for both the animal and the owner – the pet loves doing the tricks (because they are well reinforced) and owners love showing them off. Everyone has a great time. (It's ironic that owners do such a good job reinforcing silly behaviors but are so reluctant to reinforce more essential ones.) Is it not preferable to create a cycle of the owner reinforcing the pet and the pet then reinforcing the owner? Reinforcements trigger the release of brain chemicals such as dopamine, that are associated with reward-seeking and addiction. Additionally, emotionally positive interactions trigger rises in other neurotransmitters and hormones that increase bonding.3

13. It enhances the human-animal bond.

14. It provides animals with choice.

Friedman SG, Haug L. From parrots to pigs to pythons: Universal principles and procedures of learning. In: Tynes VV, ed. The Behavior of Exotic Pets. Blackwell Publishing, in press. 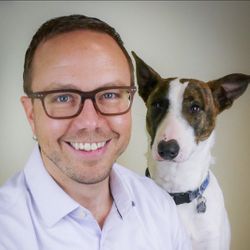 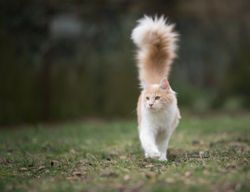 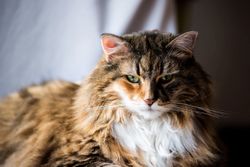 Cats: From darling to doormat and back again