Why so much whiteness in the veterinary profession?

I was asked recently what I thought contributed to the low numbers of Black professionals in the veterinary field and whether there is something uniquely racist about our profession. Here are my thoughts.

When it comes to racism, context is everything. As I see it, there are several reasons why there are so few Black veterinary professionals today.

With regard to the purported historical rise of the Black professional class, it must be noted that the increase has not been nearly as robust for Blacks as for other minority groups since the Great Recession of the late 2000s. The relative increases that we see are primarily in joining the workforce of “non-elite” professions. Although a slight increase among Blacks joining “elite” professions (eg, physician, lawyer, engineer) was observed over time, that trend has not extended into senior leadership. This is borne out in the egregious underrepresentation of Black CEOs in Fortune 500 companies—the figure hovered around 1% as recently as 2019. Today, only 4% of doctors and 5% of attorneys are Black. So, we should be careful to highlight that all elite professions—not just veterinary medicine—suffer from underrepresentation of Black professionals.

Diversity and inclusion work best when implemented at all levels within an organization. Without diversity in leadership, minorities are more likely to feel disenfranchised. Moreover, they are less likely to have their ideas heard or, worse yet, not get credit for them. In this atmosphere minorities are passed over for promotions, underpaid, and less likely to be recruited. Continually, they are retained at a lower rate than members of the dominant group and are less likely to receive proper placement.

When Tuskegee University School of Veterinary Medicine was established in 1944, there were fewer than 6 veterinary schools in the United States and none of them allowed Black students to attend. Fast forward to today, there are roughly 5 times as many MD-granting institutions as there are veterinary medical schools. The natural conclusion is that because of the relatively small number of veterinary schools, acceptance into them is more competitive, thus leaving the schools themselves more vulnerable to the effects of racism and bias during the selection process.

Racism plays a role here because Black candidates who desire a career in veterinary medicine routinely get passed over by non-Black candidates. This occurs because Black candidates may not have attained the same level of success or experience leading up to applying to these institutions. The disparity in achievement can further be explained by the lack of access to the most rigorous college preparatory curricula and the unwillingness of members of the majority group to give jobs, internships, or mentorship opportunities to Black students.

Lack of representation and role models

Lastly, we cannot overlook cultural differences and how Black people historically viewed the role of domesticated animals. For many years, racism has forced marginalized groups to feel like they are competing with one another for their piece of the pie, especially when society has determined that their access to that pie is already limited. When you are trying to make ends meet and provide for your family, you often do not have the luxury of caring for an animal according to the standards to which we are accustomed today.

The vestiges of this are clear; many Blacks grew up insensitive to the dimensions and importance of animal care. The unintended consequences are not only that there is less of a premium on animals, but also that many Blacks deem the role of animal caregiver less prestigious than, say, a human physician. So, if given the opportunity to enter one profession versus another, any number of professions may appear more appealing to Blacks than veterinary medicine because a veterinarian’s utility may not be immediately apparent. Thus, obtaining this position may not be perceived to represent the expected rise in status. In this context, racism and classism combine to lead to a certain murkiness when assessing the jobs landscape.

Racism unreasonably interferes with Black people’s access to jobs and their eventual success in those jobs. When racism is viewed in its proper context—a system of advantage that structurally benefits Whites and disadvantages people of color on the basis of group membership—it is not hard to imagine a disproportionality of effects across the business landscape. Bigger, more widely visible and desirable professions are more likely to absorb the effects of disparities, whereas smaller and seemingly less accessible professions have more disparate outcomes when it comes to diversity and inclusion. The relatively low number of veterinary schools makes this profession especially vulnerable to those effects. Cultural differences also play a role in the way jobs in our profession are historically viewed. Finally, lack of representation makes it harder to visualize the goal of becoming a veterinarian, likely leading to Black people favoring other career options; options that may be deemed more likely to raise one’s social status.

Charles D. McMillan, DVM, is a veterinarian with IndeVets and is based in Atlanta, Georgia. He is a 2012 graduate of Tuskegee University School of Veterinary Medicine and has a keen interest in identifying solutions to address racial disparities in the profession. 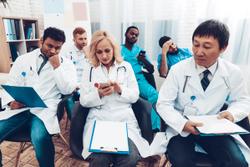 Why your veterinary team may be disengaged 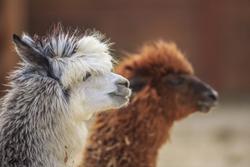