Why get pet health insurance? A pet owner’s story

Dr. Wooten: We have a special guest here. We actually have a real live pet parent and a pet. Welcome Kevin we’re so glad to have you.

Mr. Kassover: Happy to be here and this is Leo.

Dr. Wooten: Tell us a little bit about Leo and how you came to be his dad.

Mr. Kassover: I’ve had Leo since 2013. I was living in Los Angeles at the time. I was going through a tough time in my life and the building that I was living in, I was renting, changed hands. I was able to suddenly have a pet in a building that didn’t allow it. It was a perfect storm of timing and I started to look for a rescue.

I wanted to get a rescue and I knew I wanted a brown or black poodle blended dog and I started going around to rescue fairs and to shelters for weeks and weeks and weeks and I would walk through and I’d be like no, no, no, no, no that’s not it. I found a dog on a rescue’s website and I went in to spend some time with the dog and she was great, she was fun, and they said, "if you're interested in a non-shedding dog, why don’t you meet Shuffle?" Shuffle was Leo. I said, 'well I really don’t want a white dog.' And then I felt a little racist.

I said, 'okay, I’ll see him.' After playing for a few minutes with the brown dog, he came in and he looked up at me and sat down and it was like, ‘what’s up?’ He was so calm and so mellow and so well behaved that I could not stop thinking about him. The following morning, I went back and spent a little more time with him to make sure that his disposition was really true and I took him home and I’ve had him ever since.

Mr Halow: You’re crazy about that dog. I know. We’re friends on Facebook.

Mr. Kassover: Yes, we are. In fact, I would say the cliché is true; I rescued him but he really rescued me and he’s been a huge part of my life ever since. We’ve moved from Los Angeles to San Francisco and now we live in New York and he’s been with me every step of the way.

Dr. Wooten: Alleviating financial pressure while providing pets like Leo with the best life possible is the goal of pet health insurance. Can you tell us how you came to decide that pet insurance for Leo was the right decision for you?

Mr. Kassover: Sure. The reality is it was actually quite recently when it all happened. I got Leo thinking he’s a mutt, his health is going to be fine, he’s made of hearty stock and it’s all going to be fine. In San Francisco I brought him in for his regular checkups which were for me, relatively affordable, and I kept thinking well in going in, it’s going to be a manageable amount every time he would come in. I would ask initially about cost, but it was always something that was quite reasonable.

He ended up having a small incident where a thorn-like seed almost got caught in his paw and started to go into his bloodstream potentially. I brought him in, the paw had turned red, and the animal hospital needed to put him under anesthesia to remove it. They had quoted me a price at the time, which was more than what my regular visits are, but I still thought it was within the range of what I could swing. It was below the threshold that I thought was too high and still manageable.

We went through that and I really didn’t think about it very much since then. In moving back to New York, actually just about two or three months ago, he was running in the park, and happily so, and I turned around to talk to my friend, and then when I turned back to look at Leo, he was limping. His rear right paw was just hanging there and he wasn’t putting any pressure on it. I thought it was a temporary thing. We continued to walk home; it didn’t get better. We stayed home; it didn’t get better. I immediately brought him into the vet who said it seemed like a torn ACL, which you probably know is more common than I realized.

Immediately, I was referred to an orthopedic specialist for Leo. In going there, the cost to take care of this was no longer manageable. The number for me was shocking, and of course, it’s in New York which only makes it more expensive. At the time, I posted on social media about his injury and friends on social media started saying, ‘Do you have pet insurance?’ I talked to a few people and it came up more than once. Sometimes I have to hear it a few times to really think about it and have it seep in. After that, I did some searching online and I signed up for what I thought was going to be something that would help him.

And even though the ACL tear was a preexisting within days of it happening, I signed up because I didn’t want to have another catastrophic incident that would be not only extremely costly, but would be really stressful for me to go through with him. So, I signed up for insurance and I’ve had it now for a few months. Frankly, it’s actually made it easier to go into the vet, because know whether it’s going to be covered or not and the conversation is a bit easier knowing that I’ve got this insurance.

Dr. Wooten: How do you feel like this is going to help your peace of mind moving forward in case anything else happens to this little guy?

Mr. Kassover: I read over the details of my policy. I have a reasonable deductible and for anything catastrophic, according to the policy, things are covered. The only thing that isn't is obviously a preexisting condition, and, ironically, for the first year another ACL tear, if it were to take place, isn't covered, but if I stay with the insurance plan, it does become covered over time. As I’m sure you know. For me, my motivation is to keep that insurance in place. He’s only getting older; I’m sure more things will happen. I was educated that if he had one ACL tear, it’s likely that he could end up having another. I feel like I have more peace of mind now that I have this in place.

Dr. Wooten: How do you feel the conversations are going to go differently moving forward versus how they went in the past or how you felt in the past?

Mr. Kassover: I think my veterinarian probably hides when he sees me. I was really angry when I went into the doctor. I was nervous and concerned about my dog, but I was angry that I was going to be somehow taken advantage of for a service that I really didn’t know the value of. In my mind, I had that range of what’s reasonable and I didn’t want to go beyond that, but at the same time, I didn’t want to not take care of my pet.

For me, initially when I went in I would ask the medical assistant how much is this going to cost, can you tell me how much this is going to cost? And then I’d say that to the doctor, and not because I necessarily couldn’t afford it, but I just didn’t know and I didn’t know what the value of the service was and once again, this was unexpected. It was unplanned for, it was unanticipated, it had a ripple effect on everything from my happiness and state of mind and being with him to my bank account.

Dr. Wooten: If he tears another ACL, couple of years from now, hopefully it’s not going to happen, but if that happens, how much would you save?

Mr Kassover: In this case, as long as I paid my deductible it would be covered. What I’ve learned is each policy has buckets and the buckets may have certain maximums, so it depends on I would imagine what clinic I’m going to, what their cost for the procedure is, and what the insurance company allows for that procedure. It’s just like human insurance in some ways. There’s an allowable amount.

Dr. Wooten: Can you see any provider you want?

Mr Kassover: I could. There are no restrictions.

Dr. Wooten: You could go see the knee specialist that’s the best one in New York City?

Mr Kassover: You're right. In fact, once I got my insurance policy, I realized that both the orthopedic specialist and my vet both take the insurance policy and file for it.

Mr Kassover: Which I would love to do for his ACL. There are some really cool things that you can do for your pet, from water therapy to physical therapy. Yes, that would be great. 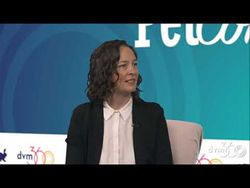 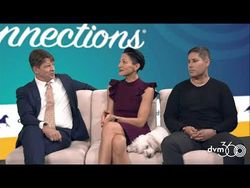 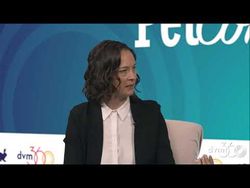