What Do You (and They) Earn?

Not everyone is curious about how their salary compares with the salaries of people in other professions. But if you are, then read on.

While compensation for most veterinarians is quite good, when you consider the full measure of what they do (constantly saving and improving life) then their payday should be better. Can’t say that it is — especially when compared with others.

When it comes to wages, data show that America’s veterinarians are part of the upper middle class. According to the U.S. Bureau of Labor Statistics, they earned an average annual salary of close to $89,000 in 2016.

PayScale.com, which compiles salary data in real time across industries, shows the median annual salary of U.S. veterinarians to be just under $75,000 (based on self-reporting by 2,444 veterinarians). Depending on location and tenure, among other things, veterinarian salaries range from about $52,000 to $115,000.

Those who look at the upper end of that salary range and think it’s very good fail to understand that most veterinarians begin their career with a mountain of education debt and typically start practice later in life due to intense education and training.

It’s no secret that most other medical practitioners — the ones whose patients have two legs rather than four — outearn veterinarians by a good bit. Bureau of Labor Statistics data indicate that the current average annual compensation for a U.S. physician is $208,000. It’s $160,000 for dentists, $125,000 for podiatrists, $122,000 for pharmacists, $106,000 for optometrists, and $68,000 for chiropractors and nurses.

Here now are some amazing annual earnings of people in other fields for 2016-2017 (data from Parade and Forbes). 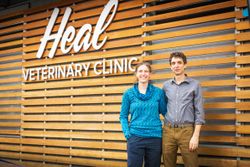 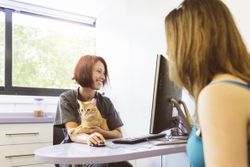