Discover the motivations behind aggressive canine behavior and how veterinarians can help reduce these types of incidents.

Canine aggression is a stressful, unwanted behavior for owners and veterinarians alike. According to Debra F. Horwitz, DVM, DACVB, aggression is utilized when an animal is attempting to change the outcome of a social encounter. Usually they do this by using threats to indicate potential harm should the encounter continue.

During a lecture at our Fetch dvm360® conference, Horwitz delved into the various facets of canine aggression, including how to best understand and recognize dogs’ motivations to help prevent clients from experiencing human-canine aggressive encounters.

Aggression is a threat or harmful action directed at 1 or more individuals.1 Horwitz explained that the behavior can comprise vocalizations, facial expressions, body postures, inhibited attacks, and physically injurious attacks. Classifying and categorizing animal aggression can include:

Because aggressive responses are multifactorial and complex, the animal typically demonstrates more than 1 type of aggression. Therefore no standardization of diagnostic categories for canine aggression currently exists, according to Horwitz.

As dogs can’t use words to communicate with us, they have adopted specific facial expressions and body postures to signify their intention in social encounters both with other dogs and with humans. Some canine aggressive signals Horwitz highlighted are staring, snarling, growling, snapping, and biting. Although veterinarians are often familiar with what these signals mean, because the average person misinterprets them, it typically results in biting episodes.

Horwitz explained that subtle changes in a dog’s body posture, including the position of the ears, tail, and hair, are indicators of the animal’s next move and its underlying emotional state (eg, fear, anxiety, etc). Not every dog will experience the different signals in the same order or at the same pace. Plus, dogs accustomed to their aggressive responses being met with what they consider a positive outcome will likely repeat aggressive behaviors.

Why dogs use canine signaling

Horwitz said aggression is usually defensive in nature and often involves underlying anxiety. Aggressive encounters typically start with threats to demonstrate to the other party the strength and willingness of the animal to continue with aggression. These animal encounters often don’t result in fighting and injury; rather, threatening behaviors are used to give the other individual the opportunity to withdraw, resulting in minimal injuries to both parties. The intent to pursue an aggressive encounter differs with each unique encounter and individual, Horwitz described.

However, 2 dogs in a social situation have different expectations of the outcome versus a human engaging with a dog in the same situation. Horwitz used the example of an encounter with 2 dogs involving a possession. If dog “A” has the object and dog “B” confronts them, “A” might use an aggressive response which indicates to “B” to stop trying to get the item (this usually happens). Contrarily, if a human attempts to obtain an item a dog has, the human will likely continue to try to obtain it although the dog expresses low-level signals designed to indicate it will become aggressive if the human proceeds.

Along with age, genetic components play a role in aggressive behavior. Another study6 revealed that the prevalence and severity of aggression directed at various targets—strangers, owners, other dogs—differed greatly across breeds. However, there was also significant same-breed variations in aggression scores that made the findings based on breed only less reliable. For instance, whereas specific breeds were more likely to be aggressive to other dogs, other breeds were more aggressive to strangers.

Additional data7,8 Horwitz mentioned found that certain situations are likely to cause an aggressive response from a dog. These include handling food and possessions, engaging with or moving a dog while its resting and stationary, punishing the dog (especially with physical means), interacting with a highly emotionally aroused dog, and circumstances that cause fear and anxiety.

Horwitz suggested using your knowledge of canine aggression and communication to then inform clients so they can better understand their dogs. She said to emphasize the importance of socialization, demonstrate how to interact kindly and clearly with dogs, plus explain what a reasonable versus unreasonable encounter with a dog is to ultimately help reduce aggressive encounters between people and their beloved companions. 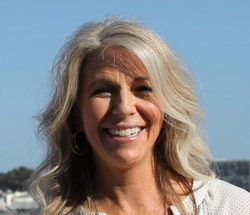