The 'ugh's and 'why's of chronic otitis 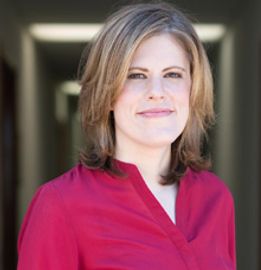 Chronic otitis: it's a ruff situation for everyone (Photo: Shutterstock/Eric Isselee). Chronic otitis is at it again

>>Make a proper diagnosis. This means perform a thorough ear examination, an otoscopic examination and key diagnostic tests. For example, according to Dr. Noxon, cytology is absolutely necessary to properly evaluate a patient with otitis.

>>Remove obstructions such as wax and hair.

>>Clean the ears before treating for effectiveness of topical therapy.

Recurrence is usually due to failure of figuring out why the infection is there. Dr. Noxon says otitis is all about the what and the why-what is going on and why is it there. He says Pseudomonas species infections should be suspected when:

>>Mucopurulent discharge accumulates toward the outer part of canal

So why are Pseudomonas infections so hard to deal with? Dr. Noxon says the bacteria is a biofilm producer along with other species of bacteria such as Staphylococcus species. Biofilm is a matrix of proteins that is gel-like, containing sugary strands that can also be called an extracellular polymeric substance (EPS). Bacteria live within the biofilm and nutrients are delivered via channels. Biofilm protects bacteria from antibiotics, antibodies and phagocytic cells.

Dr. Noxon says that the advantages to bacteria from biofilm are:

>>Adherence to biotic and abiotic substances

>>Resistance to the host's immune system

Biofilm is a very thin layer that is invisible. Penetration of the biofilm doesn't happen, according to Dr. Noxon. However, if it did, bacteria can respond due to added time since they are exposed to the antibiotic agent more slowly. You can't kill biofilm, but you can remove it with regular ear cleaning and removal of obstructions, says Dr. Noxon.

About that ear cleaning...

If you have a patient with a Pseudomonas species infection, Dr. Noxon says to do a deep ear cleaning and flush under sedation, irrespective of whether you can see the eardrum. He prefers to do the cleaning in the office as owners can over-clean and break down tight junctions in the skin from over-cleaning. According to Dr. Noxon, he cleans ears thoroughly in his office, then repeats the cleaning at the patient's first recheck (2-4 weeks). He only has the owners clean the ears at home if the ear is rapidly filling with ceruminous debris.

An overview of treating a Pseudomonas species infection

>>Administer an appropriate antiseptic and antibiotic.

>>Monitor the infection by cytology and culture.

After you kill Pseudomonas species, since the ears were so moist, Dr. Noxon says it is common to get a secondary Staphylococcus species infection or more commonly Malassezia species yeast. So he prefers to treat with a commercial product that has activity for Malassezia.

Dr. Noxon says commercial products are the most effective-products with gentamicin, enrofloxacin and polymyxin B sulfates. Polymyxin B is a great antibiotic for Pseudomonas species, and ear cleaning is important to allow the antibiotics to work more effectively, since many have reduced activity in the presence of pus. Dr. Noxon cautions jumping on the new drug bandwagon with a perceived resistance case. He says to reexamine the diagnosis and cleaning procedure.

Dr. Noxon recommends performing a culture at four weeks to determine if there is indeed a recurrence and warns that Pseudomonas species can be difficult to find on cytology. He also recommends a maintenance plan with some antiseptic or cleaner with antimicrobial activity once or twice a week to keep the ear quiet.