Collie with scarring alopecia on its face from canine familial dermatomyositis.

It is difficult to ascertain the genetic mode of transmission of most of these hereditary skin diseases because test breedings are necessary to accurately outline the transmission of the disease.

Two hereditary skin diseases, sebaceous adenitis (SA) and canine familial dermatomyositis (DMS), have had their mode of inheritance uncovered by test breedings. It seems that these formerly uncommon genetic skin diseases are now appearing more often, possibly due to the popularity of the breeds affected by these diseases.

Sebaceous adenitis is an inflammatory dermatosis affecting the sebaceous glands resulting in destruction of the glands and resultant scarring.

Sebaceous adenitis in an Old English Sheepdog is identified by the alopecia, scaling and stubbed hairs.

The etiology of the disease is unknown with theories including a possible defect in keratinization which destroys the sebaceous duct and glands, a defect in epidermal or sebaceous lipids, an autoimmune or hypersensitivity reaction, or an infectious cause, although no agents have ever been isolated. Research indicates a hereditary predisposition in the Standard Poodle and possibly the Golden Retriever, Samoyed and Akita. Two test breedings to determine the genetic pattern of SA have been undertaken in the Standard Poodle to yield the results of an autosomal recessive trait.

The clinical signs of SA can occur between the ages of 1-3 in the Standard Poodle, but may occur even older, as late as 8 years of age, with males and females affected equally. The patients are usually nonpruritic unless a secondary bacterial pyoderma is present. Affected long-haired breeds may present with a dry, often symmetrical seborrhea beginning on the dorsal midline, lateral pinnae, bridge of the nose, and tops of the feet. The groomer may comment that the dog's feet seem more "sensitive" when he/she is groomed. A tightly adherent gray/silver scale on the hair shafts and skin is present along with a thinned hair coat with brittle stubs.

Sebaceous adenitis in a Golden Retriever. Note the "cropped" appearance to the coat.

German Shepherds may experience hair loss over the dorsal lumber area resembling flea allergy dermatitis, although pruritus is usually absent. Akitas may have accompanying systemic signs such as fever, generalized bacterial folliculitis, weight loss, and anorexia. Affected short-haired breeds such as the Viszla, may present with a truncal papular or nodular type eruption that progresses to circular areas of alopecia and scaling that coalesce. In fact, some pathologists believe that two types of SA exist: one affecting short-coated breeds and the other, long-haired dogs. A subclinical state of SA has been reported in the Standard Poodle that may progress to a clinical stage with time.

Unfortunately, the dog could have been bred over several years before showing clinical signs of the disease, producing clinically affected offspring. At this point, the only reliable diagnosis is a skin biopsy obtained from a clinically affected area, preferably the dorsal cervical and lumbar areas. Don't be surprised if a Standard Poodle owner requests that you perform skin biopsies on their dog that appears perfectly normal! It is done to rule out the possible subclinical form of the disease.

The differential diagnosis of SA includes hypothyroidism (as the scaling and alopecia are often symmetrical), bacterial pyoderma, demodicosis and idiopathic seborrhea. As mentioned above, the most reliable method of diagnosis is the skin biopsy submitted in 10 percent formalin. Unfortunately, a normal biopsy reading dose not rule out SA. If the affected areas are not biopsied, a false negative result will occur resulting in a "normal" skin biopsy reading. However at this point, a skin biopsy is all we have to diagnose SA. Other noninvasive methods of diagnosing the disease include the qualitative and quantitative measurement of skin lipids which is still investigational. Early stages of SA in a skin biopsy indicate inflammation of the sebaceous glands or duct, late stages show scarring (fibrosis) where glands used to be accompanied by hyperkeratosis.

Alopecia tail tip in a dog with canine familial dermatomyositis.

Therapy ranges from topicals such as baby oil, propylene glycol or other emollients to oral natural and/or synthetic Vitamin A, fatty acids and cyclosporine. Antibiotics may be needed for any secondary bacterial pyoderma.

Therapies that have proven not to be helpful include ketoconazole, zinc supplementation, and steroids. When using one of the topicals mentioned above, the patient is bathed in a keratolytic shampoo, rinsed and towel dried. Then the emollient of choice is massaged into the skin and allowed to stay on for 15-30 minutes. The keratolytic shampoo or detergent is then reapplied onto the oiled dog to solubilize the oil and the entire mixture is rinsed off. This is usually repeated at weekly intervals until a successful response is noted, then used as needed.

Oral retinoids such as isotretinoin and etretinate (no longer available) have been used for SA at l-3mg/kg/day. In larger breeds, they can be cost prohibitive. Side effects include elevations in cholesterol/triglycerides and/or dry eye. Cyclosporine at 5mg/kg s-bid has been used successfully in a Miniature Pinscher and Standard Poodle, but again, this may be cost prohibitive in larger breeds.

The prognosis for a patient with SA is guarded although there do not appear to be any systemic effects associated with the disease (except in Akitas). Some patients will lose all of their hair and develop secondary bacterial infections along with an odor that makes them esthetically unpleasant. The topical treatments can become time consuming to some owners and unfortunately some owners are unwilling to deal with the esthetics of the disease.

Canine familial dermatomyositis (DMS) is an inflammatory disease affecting the skin and sometimes muscle, particularly the muscles of mastication.

It has been reported in humans and interestingly, the lesions affect many of the same areas of the body as in our canine patients. DMS should be suspected in young Shetland Sheepdogs, Collies and Welsh Corgis with focal alopecia and/or erythema of the face, carpi, tarsi or tip of the tail. There is thought to be a familial predisposition with the mode of transmission being autosomal dominant. Most patients present with alopecia before 6 months of age.

"Dermatomyositis" implies skin and muscle involvement which occasionally is seen as difficulty in eating or drinking but most often skin signs are only present. The etiology of the disease is unknown but an autoimmune mechanism is suspected. Often, areas of alopecia on the face of puppies are thought to be due to trauma due to the "puppies playing together." It is important to inspect any area of alopecia particularly in young dogs for demodex, dermatophytes, or DMS.

Sebaceous adenitis in a Standard Poodle. Note the dorsal lumbar alopecia and scaling.

The diagnosis of DMS is via a skin biopsy placed in 10 percent formalin. Don't forget to send the age, breed and patient's history, including duration of the lesion, time of onset and medications used to treat the patient to aid the pathologist in making an accurate diagnosis. Skin changes present in DMS include vacuolar changes at the dermal-epidermal junction with follicular atrophy and fibrosis. The pathologic skin changes usually result in a scarring alopecia and some patients may never regrow their hair.

Treatment depends upon the extent of the lesions and includes topical and/or oral steroids, immunosuppressives, pentoxifylline, Vitamin E, and sunlight avoidance.

The disease may wax and wane with or without treatment so it is difficult to say whether or not our therapies are truly effective in some cases! Sunlight exposure can cause an exacerbation of DMS in humans which is why avoidance is suggested in our canine patients. Occasionally the disease can occur in older dogs.

Ulcerated groin in a Shetland Sheepdog with cutaneous lupus. This disease is a suspected variant of DMS which can be found in the Shetland Sheepdog and Collie and is formerly referred to as idiopathic ulcerative dermatosis

In the few elderly patients we have seen with DMS, the onset was abrupt and the disease was aggressive, resulting in severe muscle weakening affecting the esophagus and diaphragm. A suspected variant of DMS seen in the Shetland Sheepdog and Collie formerly referred to as idiopathic ulcerative dermatosis, now thought to be cutaneous lupus also affects adult dogs. The lesions usually occur in the axillae and groin and consist of alopecia, erythema, and ulceration resulting from an initial bullous type reaction. This disease may be more difficult to control with the above medications.

As with any genetic disease, there is much about SA and DMS that remains a mystery, particularly their etiology. Thankfully there is usually little difficulty in achieving the diagnosis of these diseases. However, treatment can remain elusive and vary according to each individual patient. It is important to recognize and diagnose these diseases early, so that future breeding and perpetuation of these diseases will be discouraged.

Resolving itchy skin: Here's what you need to know 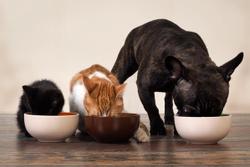