Tallest dog in the world dies

Freddy the Great Dane was named tallest dog in the world by the Guinness World Records in 2016, standing 7 feet 5.5 inches tall on his hind legs.

The Guinness World Records announced last week that the tallest dog in the world has died. Freddy, the giant but friendly Great Dane from Essex, England was age 8.

“He was not just the tallest dog, but the dog with the most love and the biggest heart,” says Freddy’s owner, Claire Stoneman. "He was my life. My reason. My joy. My annoyance. My happiness and my ultimate sadness."

In 2016, Freddy was measured “from foot to withers” by a veterinarian and Guinness World Records Editor-in-chief Craig Glenday, who both recorded him at 3 feet 4 inches, according to a company press release. When on his hind legs, he stood 7 feet 5.5 inches tall.

Surprisingly, Freddy was the runt of the litter, unable to nurse from his mother, says Stoneman. That’s what ultimately prompted her to adopt him a few weeks earlier than planned. “I had no idea he was going to get this big at all,” she says.

According to Stoneman, during his crowning of tallest dog in the world, Freddy’s steady diet of roast chickens and peanut butter on toast cost her roughly $123 a week.

“Freddy brought a smile to everyone's face and will be missed by everyone at Guinness World Records,” says Glenday. “I'm just pleased that we got the chance to celebrate his record-breaking immensity in the books and share his story with millions of people around the world.”

A sense of purpose: 10 steps to unlocking your secret superpower 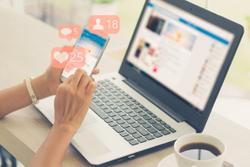