Status epilepticus is a danger to the patient and a treatment challenge for the clinician. Although no evidence exists to indicate that early initiation of appropriate treatment improves the outcome in dogs with seizures, such evidence does exist for human medicine and remains an important basic tenet of treatment.

Status epilepticus is a danger to the patient and a treatment challenge for the clinician. Although no evidence exists to indicate that early initiation of appropriate treatment improves the outcome in dogs with seizures, such evidence does exist for human medicine and remains an important basic tenet of treatment. The main goals of the treatment of SE are to simultaneously (1) evaluate and treat any underlying causes, (2) maintain adequate vital functions with prevention of systemic complications, and (3) terminate the seizure activity safely and quickly while minimizing treatment-related morbidity. A team approach to patients in SE will be beneficial to accomplishing emergency stabilization, therapeutic intervention, and diagnostic investigation simultaneously. Concurrently, a medical history should be obtained from the owners or retrieved from available medical records.

The goals of anticonvulsant therapy in SE are to achieve cessation of clinical and electrical seizure activity and prevent its recurrence. Intravenous drug treatment for SE should be started without delay. This is necessary based upon the relationship between duration of SE and the extent of neurologic morbidity. This approach is also based upon experimental animal models that suggest that SE becomes progressively less responsive to treatment with diazepam.

Benzodiazepines (diazepam, lorazepam, midazolam, and clonazepam) are potent, fast-acting anti-epileptic drugs (AEDs) and therefore (particularly diazepam), are the preferred initial therapy in SE. None of the benzodiazepines are effective for chronic control of SE. They are a widely used class of sedative/tranquilizer and anxiolytic agents that differ widely in their time course and their central effects. These differences may be related to their pharmacokinetics, especially their distribution into and out of the central nervous system, which has been related to the drugs' lipophilicity and plasma protein binding. The lipophilicity of these compounds determines their rapid brain penetration after intravenous administration. Although the penetration is rapid, distribution equilibrium among all regions takes longer.

Diazepam remains the first drug of choice for the treatment of SE in dogs and cats. The major metabolites of diazepam, nordiazapam (desmethyldiazepam), and oxazepam have up to 33% of the activity of the parent drug. The half-life of diazepam is 3.2 hours in the dog but the half-lives of the metabolites are slightly longer, up to 5.2 hours in the case of oxazepam. With its relatively brief duration of action, diazepam is not a definitive therapy for SE. However, because in IV diazepam produces transiently high serum and brain concentrations of the drug, it can be a useful drug therapy. Because SE may end spontaneously, IV diazepam should not be administered to a patient presenting in a post-ictal state unless there is another seizure.

It has been recommended to use 0.5 to 1.0 mg/kg intravenously, up to a maximum dose of 20 mg, in dogs and cats. This dose can be repeated to effect or twice within two hours. If the diazepam does not control the seizures, the use of phenobarbital should be considered. Probably the most common and most dangerous error made in the management of SE is to treat repeated seizures with repeated doses of IV diazepam without administering an adequate loading dose of a longer-acting anti-epileptic drug. In this situation, the patient will continue to have seizures, toxic concentrations of diazepam or diazepam metabolites will accumulate, and serious morbidity may result from diazepam over-dosage.

Intravenous administration of diazepam may not be possible in some patients. It can be administered intramuscularly (IM), although absorption is not predictable. Rectal administration of diazepam may be considered initially at a dose of 0.5 to 2.0 mg/kg body weight depending upon whether the animal was being treated with phenobarbitone before the onset of SE. It may be necessary to use the higher dose in dogs receiving long-term phenobarbitone therapy. In previously untreated dogs, a per  rectum diazepam dose of 1 mg/kg results in a mean time to peak  plasma concentration of approximately 14 minutes.

Midazolam is a recently developed water-soluble benzodiazepine which is biotransformed by hepatic microsomal oxidation followed by glucuronide conjugation. Midazolam has been shown to have a wide margin of safety and a broad therapeutic index. It will diffuse rapidly across the capillary wall into the central nervous system and can be mixed with saline or glucose solutions. The mean plasma elimination half-life in dogs was shown to be 53 –77 minutes following IV administration. Midazolam has a significant antiepileptic effect in humans proven to be caused by GABA (A) receptor stimulation, and has been shown to be more effective and safer for the control of seizures than comparable doses of diazepam. Unlike diazepam, with erratic and incomplete intramuscular absorption, midazolam is rapidly absorbed following IM injection, with a high bioavailability, an early onset of sedation, and early clinical effects. The peak plasma concentration in dogs after IM administration was seen within 15 minutes. The dose for cats and dogs is 0.066 - 0.3 mg/kg IM or IV.

Phenobarbital (PB) is a safe, inexpensive drug that may be administered orally, intravenously or intramuscularly. Phenobarbital increases the seizure threshold required for seizure discharge and acts to decrease the spread of the discharge to neighboring neurons. The distribution of PB to the central nervous system may take up to 30 minutes, because of weaker lipophilicity in comparison with diazepam. This will need to be considered if the animal is still exhibiting generalized seizure activity.

The recommended loading dose is 12 to 24 mg/kg IV, if immediate therapeutic concentrations are desired but this can induce a profound stupor with concurrent suppression of the cardiovascular and respiratory. Alternatively, the dose can initially be 2 mg/kg IV, repeating the dose every 20 - 30 minutes to effect and to a maximum total 24-hour dose of 24 mg/kg. The parenteral form can also be given IM, which is recommended if diazepam has already been administered. This will avoid the potentiation of profound respiratory and cardiovascular depression.

The depressant effects of PB on respiratory drive, level of consciousness, and blood pressure may complicate management of the SE patient, especially when administered after benzodiazepine. For these reasons, tracheal intubation may be necessary during IV administration of PB.

Status epilepticus that does not respond to a benzodiazepine or PB is considered refractory and requires more aggressive treatment. Potential reasons for resistant seizure activity include inadequate anticonvulsant doses, an uncorrected metabolic abnormality or the presence of an intracranial disease, such as a tumor. These patients often represent a difficult therapeutic problem. Short-acting anesthetic drugs are the most commonly used agents for treating resistant SE, as they have a rapid onset of action, short half-lives, and cause reductions in cerebral metabolic rates. These drugs should be used only in an intensive care setting because of the need for continuous blood pressure monitoring and ideally, central venous pressure monitoring.

This has been shown to be an effective mode of therapy in refractory SE in human and veterinary patients. The dose should be calculated hourly (0.1 to 2.0 mg/kg of body weight, q 1hr) and is usually diluted in 0.9% saline or in 5% dextrose in water (D5W), with the volume used being equal to the maintenance fluid requirement over the hour. The dose can be delivered with an infusion pump. The dosage rate should be reduced by 50% every 4-6 hours for at least 2 reductions before discontinuing the drug.  Midazolam is completely water-soluble and has also been shown to be an effective and safe therapy when administered by constant rate infusion.

In human cases of refractory SE, the use of IV infusions of anesthetic doses of propofol, 2,6-diisopropylphenol, has become standard. This approach has recently been evaluated in veterinary patients. Propofol has barbiturate- and benzodiazepine-like effects on the (GABA)A receptor and can suppress CNS metabolic activity. Propofol can be administered by IV bolus (1-4 mg/kg) or by constant rate infusion (0.1-0.6 mg/kg/min titrated to effect or up to 6 mg/kg/hr). The advantages of this drug over the barbiturates are its rapid clearance, chiefly eliminated by hepatic conjugation to inactive metabolites, and less profound hypotensive effects. However, this drug should be used with caution, preferably in settings where definitive airway control and hemodynamic support is possible, as hypoxemia secondary to apnoea is a primary side-effect as is myocardial depression.

Levetiracetam is the S-enantiomer of the ethyl analogue of piracetam that has broad-ranging, unique but incompletely understood mechanisms of action against seizures. Its main mechanism may be in decreasing the onset of a seizure through enhanced GABA activated Cl- conductance. The pharmacodynamic effect is believed to outlive the known half-life of the drug. In dogs, this drug has a half-life is approximately 4-6 hours, is liver cytochrome P450 independent and is excreted unchanged by the kidneys. The dose range documented for dogs is estimated to be 5-25 mg/kg q 8-12hrs PO.  Levetiracetam has been documented as the most well tolerated anti-epileptic drug in humans, with adverse reactions equal to that of placebo. Overall, this drug is proven to be a highly effective adjunctive therapy in humans to control seizures. In 2006, levetiracetam was approved in humans as the first of the newer anticonvulsive drugs for intravenous administration and has been trialed for its use with status epilepticus. It has been shown that it is an effective drug in people with this condition and is well tolerated at high doses. Recent pharmacokinetic studies in dogs have demonstrated that IV administration of this drug is well tolerated when administered as a bolus at 60 mg/kg and rapidly achieved suggested therapeutic levels. Clinical veterinary trials are underway for this drug.

Experimental animal work has indicated that NMDA glutamate receptor antagonists may be used to treat the so called self-sustaining status epilepticus (SSSE). This type of status exists after approximately 10 minutes to 1 hour and may have a different underlying pathophysiology to that of the initial SE in that NMDA receptors may be over stimulated by excessive glutamate concentrations. Ketamine is a NMDA receptor antagonist which has been used in humans with refractory or SSSE and has been shown to be effective in a dog with SSSE.

Inhalational anesthetics have been recommended as a last resort in cases of resistant SE. The equipment and personnel necessary to administer inhalational anesthesia may not be readily available and can be cumbersome. Isoflurane, an inhalational general anesthetic agent, may be efficacious in the treatment of resistant SE. Not all of the volatile anesthetic agents have anti-epileptic potential, however; enflurane may actually increase seizure activity. Isoflurane does not undergo hepatic metabolism, has a rapid onset of action and has been extensively studied. Obviously, isoflurane therapy necessitates ventilation and intensive-care monitoring, and hypotension may occur during therapy. 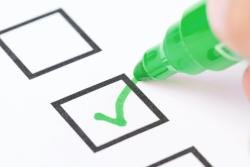 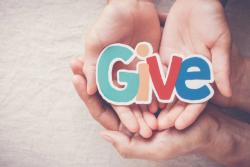