Some Calif. flea and tick products must now include warning labels

San Francisco - Flea and tick products sold in California containing the chemical propoxur now must include a warning label.

San Francisco — Flea and tick products sold in California containing the chemical propoxur now must include a warning label. The changes were a result of a lawsuit filed by the National Resources Defense Council (NRDC) against 18 pet product retailers and manufacturers including PetSmart and Petco.

NRDC filed the suit in California Superior Court in Alameda County, charging the companies with failure to comply with the California Safe Drinking Water and Toxic Enforcement Act of 2007, which prohibits businesses from "knowingly exposing consumers to any chemical known to the state to cause cancer or reproductive harm without proper warning."

Under the terms of a settlement reached between NRDC and the 18 companies involved in the suit, flea collars containing propoxur no longer will be sold or distributed without a warning.

The action follows an EPA report in September that concluded that hand-to-mouth exposure for children coming into contact with pets wearing flea collars were a concern for the agency, but not a high-priority one based on the low levels of propoxur present in such collars.

"Data anticipated to be developed in the near future should serve to refine the exposure estimates and risk characterization of propoxur pet collars estimates even further," notes EPA in comments on a study titled, "Residential Risk Assessment for Post-application Exposures Associated with Pet Collars Containing Propoxur Using Rate of Release Data from Historical On-Animal Studies," conducted at a Washington, D.C., laboratory and sponsored by Sergeant's Pet Care Products, Inc. 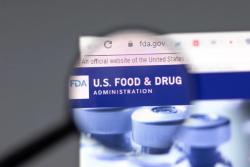