Pharmaceuticals fill out most companies that show up to compete for attention at the KC Animal Health Investment Forum, but these three companies got us thinking about activity monitors, pet food and smartphone apps.

Photo courtesy Animal Health Investment ForumEntrepreneurs and chief executives of new and up-and-coming animal health companies pitched their ideas, research and products to a judging panel in late August at the KC Animal Health Investment Forum in Kansas City, Missouri. Most of the pitches involved pharmaceutical products, but a few would be interesting to anybody in the hospital: not just doctors and veterinary technicians, but practice managers and curious clients.

Human activity trackers, either on wrists or logging steps and activity in the smartphone in your pocket, are hot. These items occupy endcaps and aisles of their own at major retailers in electronics or fitness sections. But the pet-focused electronic collars and activity trackers have seen a slower climb to success. And when early pet smart collar Voyce came and went, many veterinarians-who'd been promised interesting ways that at-home data could be weaved into medical records-just shrugged and turned away from this new technology.

But turning away could be a big mistake. Given the success of fitness and activity trackers for people, it's not a question of if but when these pet electronic items will explode into ubiquity. And Lisa Tamayo, CEO of Scollar, told the judges and audience at the KC Animal Health Investment Forum that her collar technology could be the be-all-and-end-all one-not just for pets, but for agriculture.

Highlighting the many product names in this field on a logo-crowded slide or two, Tamayo pointed out that “each of these is designed to address a single pain point in animal care” for small animals, large animals and food animals. Fitness tracking, health monitoring, food animal location tracking, fertility monitors and more are everywhere.

“We envision managing all your animals' needs with one collar, one mobile app, one cloud service,” Tamayo said.

Originally started on Kickstarter with the Scollar Mini for cats and dogs, the company's vision is both for collars for cats and dogs “priced for millennials who will happily spend extra on their favorite brand” and also, in the future, collars and trackers for agricultural use.

Tamayo says the Scollar Mini runs roughly $250 for a modular collar, base station (to charge another battery so the collar never needs to come on and off) and barrier sensors (for outdoor perimeter monitoring), but a $50/food-animal for a future solar-powered unit could serve a wider market.

One judge bluntly asked what the user challenges have been with the collar in beta testing, and Tamayo explained that issues with battery life, a “little bit tight” attaching mechanism on the collar, and getting the base station to talk to the smartphone app are all being worked out. She mentioned that Kickstarter beta starters love tapping the collar and seeing the pet's name appear on the read-out.

The Scollar Mini is expected to hit the wider market by the end of this year, and agriculture models of the collar could debut as early as 2020.

Do impure pet-food ingredients cause inflammation?

If you believe strongly that chronic inflammation is responsible for many serious conditions and you think there is indisputable evidence that some of that inflammation is the result of impure ingredients or toxic contaminants (oxytetracycline residue, anyone?) in pet food, you might be interested in Italian veterinarian Dr. Sergio Canello's pitch for his company SANYpet FORZA10. (While Dr. Canello was seeking partners in his presentation, his company already sells its wet and dry pet food and treats online and in pet retailers.)

Dr. Canello touted that his company gets its ingredients from Italy and Iceland, “the two healthiest countries in the world,” he said, and told judges and the audience that research shows 74 percent of pet owners say quality pet food helps preventive care.

“We merely allow nature to do the healing,” said Dr. Canello. “[It's] a natural pharmacy for your furry friends.”

Want to dig into the research provided by the company? Click here.

Doug Hexter, CEO of WoofTrax, already has a product in the market. It's a smartphone app that tracks activity (dog walks) and donates money from all those steps to a rescue, shelter or animal nonprofit of the walker's choice.

Hexter was really pitching companies in the room on getting their brands, through targeted ads, out to the smartphone app's users.

“Brands pay us to engage with their audience,” Hexter said. “We offer highly targeted data about pet parents.”

Hexter presented a scenario in which hypothetical dog walker “Joan” goes out for a hike, and based on where she and her dog were, she receives tick-removal tips in the app, “and maybe a few days later an ad on tick preventives,” he said.

Hexter also touted his app's ability to get information on pet owners: what they feed their pets as well as pet age, breed and weight. And did I mention location? I did.

Touting more than 20 million walks logged on the app so far and two-thirds of the nation's animal rescues and shelters participating, it might be worth poking around your clientele to see if these kinds of apps appeal. Then ask yourself if you're doing what you can to make it clear to cause-driven pet owners the work you do in the practice or in the community for needy pets.

See? Even if you can't put a new product in the pet marketplace to work for you directly, there's always a helpful angle. 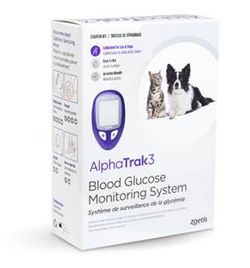