The Pine Rockland Trapdoor Spider, kin to the tarantula, was recently identified thanks to Zoo Miami staff.

There’s a new large spider species in town—and it was recently found lurking around the endangered pine Rockland forest surrounding Zoo Miami. With a name reflecting its habitat, the Pine Rockland Trapdoor Spider (Ummidia richmond) was first discovered by a zookeeper inspecting reptile research traps in 2012. At the time, the zoo’s conservation and research department couldn't identify this mystery spider as it didn’t match any existing records of species in the area.

Fast forward 2 years later and another one of these spiders was found and evaluated by experts including, Rebecca Godwin, PhD, assistant professor of biology at Piedmont College in Demorest, Georgia, who confirmed this arachnid is a previously undescribed species. After years of research, Godwin identified the 8-legged creature, kin to the tarantula, as a new species, according to a Zoo Miami release.

This exciting finding offers hope for more discoveries like these in large regions such as the Greater Miami Area, says Zoo Miami staff. However, since roughly 1.5% of the pine Rocklands outside the Everglades National Park remains, this newly-identified spider is likely already endangered.

"The fact that a new species like this could be found in a fragment of endangered forest in the middle of the city underscores the importance of preserving these ecosystems before we lose not only what we know but also what is still to be discovered," says Frank Ridgley, DVM, head of the conservation and research department at Zoo Miami. Venoms of related species have been found to contain compounds with potential use as pain medications and cancer treatments.”

Trapdoor spiders are some of the longest-lived and can spend their entire lives in the same burrow. Currently, zoo staff has only found a handful of male Pine Rockland Trapdoor Spiders but no females to date. Over the past 35 years, this species has not been identified anywhere aside from the area surrounding Zoo Miami.

To learn more about this new spider species, go here. 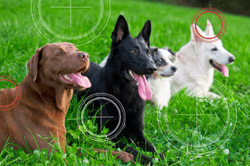 Keep zoonotic parasites on your radar 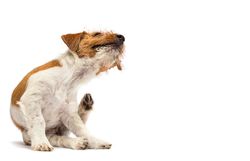 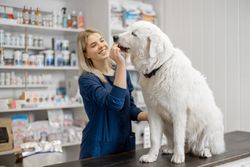