Research Updates: Common disorders associated with aspiration pneumonia in dogs, and the influence of underlying disease or thoracic radiograph findings on patient survival

Although aspiration pneumonia is a common clinical diagnosis in dogs, studies on the causes, diagnostic findings, and outcome of affected dogs are sparse.

Aspiration pneumonia refers to the inhalation of gastrointestinal tract contents into the lungs. Although aspiration pneumonia is a common clinical diagnosis in dogs, studies on the causes, diagnostic findings, and outcome of affected dogs are sparse. The purpose of this study was to identify the main disease processes presumptively associated with aspiration events and to determine whether survival of affected dogs is influenced by the underlying disease or severity of pneumonia as determined by a novel thoracic radiograph scoring system.

The medical records of 88 dogs presenting with or developing aspiration pneumonia during hospitalization were retrospectively reviewed. A diagnosis of aspiration pneumonia was based on a combination of widely accepted historical, clinicopathologic, and radiographic findings. Underlying or concurrent disorders were subcategorized as esophageal diseases, diseases causing vomiting, neurologic disorders, laryngeal diseases, and postanesthetic aspiration. Radiographs were subjectively scored based on severity of interstitial or alveolar infiltrates, and the total score was multiplied by the number of lung regions affected.

In most cases (68%), a single underlying or concurrent disease process was identified. The most common diseases associated with aspiration pneumonia were those causing esophageal dysfunction (39%), vomiting (38%), or neurologic disorders (27%); laryngeal dysfunction and aspiration secondary to anesthesia were diagnosed in only 18% and 13% of cases, respectively. Myasthenia gravis causing generalized weakness or megaesophagus was the most frequent diagnosis in both the esophageal diseases and neurologic disorders groups. Seventy-seven percent of dogs with aspiration pneumonia survived to discharge, with no association found between survival and the underlying or concurrent disease type. In fact, even when two or three underlying diseases were identified in a single animal, there was no affect on length of hospitalization or likelihood of survival to discharge in this population of dogs. Finally, no association was found between thoracic radiograph scores (in other words, the severity of infiltrates or the number of lung regions involved) and patient outcome.

Identification and management of concurrent predisposing diseases is likely important in the long-term management of aspiration pneumonia, because this is presumptively the best method to reduce the likelihood of pneumonia recurrence. Therefore, the results reported in this study will assist clinicians when searching for underlying or concurrent diseases in patients with unexpected aspiration pneumonia. However, diagnosis of one predisposing cause vs. another apparently does not play a role in survival following the first episode of pneumonia; the authors did not address whether this holds true for long-term survival (overall lifespan).

The finding that the type and distribution of abnormal radiographic pattern should not be used as a prognostic indicator is similar to that of a recent report in which investigators determined that survival of dogs after diagnosis of pulmonary blastomycosis was not influenced by radiographic findings.1 Taken together, the results of these studies may be indirect evidence that the severity of abnormal thoracic radiographic findings in dogs with lung disease should always be considered alongside the patient's clinical signs; the results of thoracic radiography alone may be unsuitable for accurately determining the true extent of some lung diseases, or the extent of disease may not play a role in patient prognosis.

Despite the relatively high likelihood of survival to discharge (77%) of dogs with aspiration pneumonia, a number of study limitations must be considered when extrapolating these results to all affected dogs. Only four of the 88 dogs had airway sampling performed during their treatment for the first episode of aspiration pneumonia, so one could argue that this study lacks definitive proof of aspiration of gastrointestinal tract contents or bacterial infection. In fact, three of 14 dogs necropsied had no gross or histologic evidence of aspiration pneumonia. Additionally, because some dogs presented with aspiration pneumonia whereas others aspirated while hospitalized, it may not be appropriate to compare clinicopathologic and radiographic findings across this entire population. Finally, because this study was retrospective in nature, not all dogs underwent complete neurologic, laryngeal, or esophageal examinations, which may affect the relative proportions of the identified underlying diseases and their association with survival. 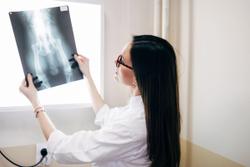 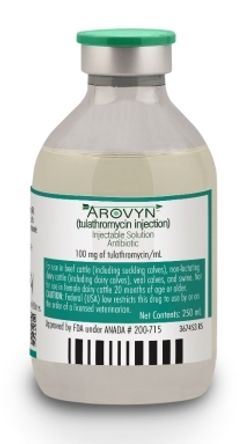