The cost of an advanced degree is becoming nearly impossible for graduates to pay in a reasonable time.

We live in a world in which an advanced degree, even one granted by a public university, is so expensive that its cost is becoming nearly impossible for graduates to pay in a reasonable time. I attended the North American Veterinary Conference in January, and one of the highlights was a panel discussion moderated by James F. Wilson, DVM, JD, titled "Hitting the Ground Running." It was an enlightening discussion of the increasing disparity between the fast-rising level of veterinary student debt and the incrementally increasing level of early-career compensation.

One of the panel discussion's general conclusions was that recently graduated veterinarians have two routes toward earning the kind of money they need to repay their student loans in a reasonable period while at the same time carving out a satisfactory quality of life (which ordinarily involves a decent car, home ownership and perhaps raising children).

The first route is via productivity-based compensation. However, it is virtually impossible for employers to justify paying a high starting wage to recent graduates when new associates are just getting their sea legs. Half-hour vaccination visits and 90-minute cat spays do not lend themselves to the sort of revenue generation that justifies a six-figure salary. Conversely, the guaranteed payment of $1,000 a week does little to motivate new doctors to become maximally efficient and capable of generating the greatest revenue possible based on their levels of experience and skill.

The second path leads to ownership in a successful veterinary practice. The statistics are irrefutable that practice ownership is more lucrative than employment as an associate veterinarian.

The headaches are much greater for owners, but veterinarians should at least have the option to accept this additional stress in exchange for the accompanying additional compensation. When a veterinarian secures an equity position in a practice, the extra money needed to pay off student debt is likely to follow.

During the panel discussion Q&A period, many audience members expressed doubt about whether they would ever be paid on the basis of productivity or have an opportunity to buy in to the practices where they worked.

This column, consequently, is directed to the many practice owners who are struggling with a disturbing combination of declining practice revenue during difficult economic times and the perception that their newly hired associates are not striving to maximize their work output. Having employed many associates through the years, I believe that it has become essential for hospital owners to come to grips with the reality of student debt and the discouraging influence that debt has on associate productivity.

When young doctors come to work each day, they are faced with the same demands that pull all of us practitioners in a million directions. However, they are simultaneously dealing with the newcomer's insecurity and the second-guessing that an increasingly litigious client base inevitably causes.

When you add in the reality that a day's hard work will result in little more, financially speaking, than another student-loan payment met, another car-loan installment paid and one more month of rent covered, it is tough for young doctors to be enthusiastic about becoming speedy, efficient and chummy in the exam room. That first job can seem less like a career and more like a Greyhound race in which young veterinarians, burdened by hundreds of thousands of dollars of debt, feel as if they are continuously running in circles without gaining ground on the prize — financial security.

What can practice owners do to foster the enthusiasm for work that brings with it a smiling face across the exam table and a juiced-up average-transaction sum? We can draw from the example of big-city law firms. Large metropolitan law firms generally don't hire new attorneys just to set them out to work long 80- and 100-hour work weeks for short money. Instead, they set up a contractually based or historically established route to a share in the profitability of the law firm. Such firms often are called "up-or-out" organizations, meaning that attorneys either perform well and move up the ladder or they will not be asked to join the firm permanently.

Summer law clerks hope to be hired as junior associates. Junior associates expect, if they toil as hard as medieval serfs, that they will be promoted to senior associates. The objective, of course, is to be asked to become a partner, i.e., share in the firm's profitability. These lawyers are working toward a goal that is realistically attainable, not one that is amorphous and subject to being snatched away without explanation.

I suggest that you apply a similar strategy. During the search for a new associate veterinarian, talk to candidates about productivity-based compensation as an available option, and let candidates know up-front whether or not you would consider inviting a new hire to become a partner at some point. Newly employed associates should be entitled to a frank discussion of the road to partnership, or the lack of it, from the beginning.

I can't even count the number of employed doctors who have sought my advice after having been hired somewhere with the promise of "eventual possible partnership," only to be stonewalled at contract renewal time. These are instances in which the employer perpetually refuses to admit that there is no chance of a buy-in and/or refuses to supply financial details to help the associates decide whether they would want to participate even if partnership were offered.

Make it clear from the outset that it is impossible to tell initially whether new associates are partnership material, and let them know up front that their productivity and revenue-generation ability tie directly to their compensation and partnership possibilities.

Don't make interviewees squirm when they ask about the future. New graduates shouldn't feel embarrassed or intimidated to inquire about production-based pay and the likelihood of a buy-in. Instead, we, as the more confident, financially secure practice owners and medical directors, should raise these subjects.

You may want to leave a detailed discussion of productivity-based compensation and buy-in possibilities to a third interview, but bringing up these topics at the outset will reassure candidates that you are not afraid to talk about these issues that are so critical to a new graduate's planning.

These interviewees are no longer naïve kids kicking around in the post-college world until they mature. These young doctors have grown up quickly during graduate school because they had to. Carrying a six-figure loan burden tends to make you money-conscious early and entitles you to be treated as an adult during job negotiations.

Put details in the contract

Consider making clear notes about what you discussed with the new hire during the interview process. If you talked about moving into a percentage-based compensation arrangement, document it and let the new doctor have a copy of your notes to show good faith.

Additionally, I recommend that the first-year contract include a clear, legally binding commitment to hold a financial performance review at least twice during the contract term. This should be scheduled on a certain date, so that associates don't have to wonder when or if their financial productivity will be revealed and addressed.

Include a section in the contract stating that you will provide the employed doctor with clear information at the end of each six-month period about his or her generated revenue, transactional revenue and guideline information from national and regional income studies. You might even want to guarantee access to certain personal transactional information to buttress the argument, "Neither I nor any other hospital owner can realistically offer you a buy-in unless you begin to approach my level of productivity ... ."

Finally, we as owners need to examine what a contractual, legal commitment to provide productivity information and goals does for us. What benefit can we derive from setting forth in the employee's contract specific information about future discussions on productivity and eventual partnership?

If you commit to a contractual obligation to show associates their own figures and how their productivity positively or negatively impacts the practice (and the associates' own future ability to make a good, solid wage), you are less likely to be ignored or rebuffed when bringing up productivity and efficiency problems during the employment relationship. Providing more financial information concerning the practice and how your own efficiency contributes to its profitability may also work as a stimulus (without the need to disclose more details than necessary).

Have you ever gotten upset when an associate gave away product because a client was tugging at her heartstrings? Have you ever pounded your fist because your associate routinely fails to insist on a fecal exam as part of the annual physical exam? Has there ever been an instance in which your new doctor had to have the latest antibiotic they just learned about in school but at the same time continually uses a kilo of gauze when spaying a teacup poodle?

If you can groom associates to be thinking about the bottom line as it applies directly to them and their future income, you may actually end up with associates with whom you can work, with whom you don't mind sharing profits and around whom you can craft your own exit strategy.

Dr. Allen is president of the Associates in Veterinary Law P.C., which provides legal and consulting services to veterinarians. Call (607) 754-1510 or visit info@veterinarylaw.com

Who wants to be a practice owner? 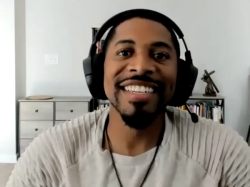 How to continue loving veterinary medicine