Kristi Reimer is editor of dvm360 magazine and news channel director for dvm360.com. Before taking over

Analysts present a years worth of research findings during annual event in Chicago.

The statistics fly fast at the AVMA Economic Summit, hosted this year by Matthew Salois, PhD, and his team of analysts with the AVMA Veterinary Economics Division. It can be challenging-at least for, ahem, some non-economists in the audience-to absorb a line graph demonstrating one trend before it's replaced by a bar chart stating something else entirely. And then there's the line graph superimposed on a bar chart with two y axes and trend lines and standard deviations … yikes!

The key, I have found, is to quash the inner voice asking, “But what does it all mean?” and just go with it (or, put another way, try to keep up). The economists themselves make few claims about the long-range impact of their findings-they do the research, and the profession figures out what to do with it.

Much of the research presented during the Economic Summit can be found in the 2019 Economic State of the Veterinary Profession report, available from the AVMA.

So in the spirit of that attitude, here are some interesting trends presented during the summit, which took place Oct. 22-23 in Chicago, with just under 250 veterinarians and other industry professionals in attendance. We may not know yet what they all mean, but they are worth pondering nonetheless.

The number of U.S. veterinarians is increasing.

Retirements will accelerate in the next five to 10 years.

Frederic Ouedraogo, PhD, assistant director of economics for the AVMA, noted in a separate presentation that one out of three DVMs in the U.S. is a baby boomer. “If half of them exit the workforce, we will lose about 20,000 of our experienced workers,” he said. “And more than 60% of those are practice owners.”

The percentage of associates in the profession is increasing while practice owners are on the decline.

The market for new graduates is robust.

According to Bridgette Bain, PhD, associate director of analytics for AVMA, the past seven years have seen an increase in veterinary school graduates receiving offers of full-time employment (95% in 2019, up from about 60% in 2012), and higher starting salaries (about $85,000 in 2019, up from approximately $65,000 in 2012). However, Dr. Bain's research indicates that what looks like a 30% increase is actually only about 15% when inflation is accounted for.

Some schools are graduating students with less debt.

Veterinary graduates from the University of Pennsylvania went into the world with 32% less debt in 2019 than the class before them. Cornell graduates in 2019 carried 15% less debt than the class of 2018. In fact, 16 veterinary schools saw their students' debt levels decrease from last year to this year. “What are these schools doing to decrease year-over-year debt levels, and what can other schools learn from them?” Dr. Bain asked.

The gender gap for starting salaries still exists-but it's shrinking.

The number of veterinary practices is increasing.

Before veterinary schools rush to admit more students to correct the so-called shortage of veterinarians, it's wise to take a look at the market for veterinary services, Dr. Ouedraogo said. Low starting salaries, high student debt and wellbeing issues are potentially affecting the quantity of veterinarians providing services (the supply side of this equation), he said, while consumers' willingness and ability to purchase services affects demand. The resulting disequilibrium needs further investigation.

“What we might be looking at is not a shortage but a mismatch in price, or veterinary salaries,” Dr. Ouedraogo said. “We could also be in a situation of market failure, where some sectors of the market are acting in anti-competitive ways. Let's not jump into thinking we need more seats at veterinary schools; let's think about the problem and the most appropriate solution.” 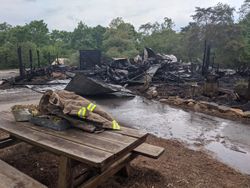 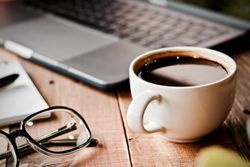 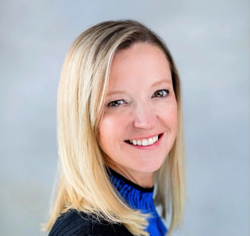