Letter to dvm360: An obvious part of the student debt solution? Fewer graduates 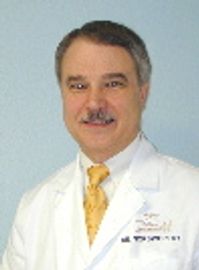 Dr. Gary D. Norsworthy is a 1972 graduate of Texas A&M University. He practiced for two years at the Cat Clinic of Seattle, Washington. He practiced small-animal medicine from 1974 to 1999 in San Antonio, Texas, and then opened a feline-only practice in San Antonio in early 2000. Dr. Norsworthy is also an accomplished author, editor, and lecturer. He has presented more than 300 lectures at veterinary conferences across the country.

Despite a shrinking number of applicants per veterinary school position, class sizes have increased and new schools are opening. Its time to stop.

I have hosted fourth-year veterinary students in my practice for over 15 years. This has allowed me to understand much of what is happening in the pre-graduation minds of the future of our profession. When I became aware of mounting student debt, I was shocked. And, the shock has intensified almost yearly over the past 10 years as the debt load reported to me has increased.

Running parallel with that trend was an increase in veterinary students who stated that they did not care if they ever made a lot of money in veterinary medicine as long as they were happy with their jobs, i.e., they are not expecting their salaries to bode well against their student debt.

The report in the May 2016 issue of dvm360 (“Come together, right now, over debt”) added a new set of troubling data. The current ratio of applicants to available positions in veterinary schools is 2.1:1. The ratio was 7:1 for my 1972 Texas A&M class.

Finally, salaries of new graduates have been stagnant for several years and “there is concern that the ratio of student debt to starting salaries is unsustainable.”

When you put all of this together, it should not be surprising that interest in becoming a veterinarian is decreasing, as evidenced by the 2.1:1 ratio. And yet what has happened over the past decade? We have increased class size at several veterinary schools, and three new veterinary schools have opened.

I do not have an MBA, but practice owners understand supply and demand. We know that if there are six applicants for a position in a practice, we are not going to have to pay as much as if there were a shortage of applicants. We also know that if an employed veterinarian does not work out, there are others readily available. Thus, to expect practice owners to voluntarily solve the student debt problem by paying higher salaries is unrealistic.

It's time to get serious about solving this problem, and I applaud the summit organizers for taking this step. As they make further recommendations, they should closely consider recommending a reduction in the number of new graduates. To me, it is the elephant in the room.