Letter to dvm360: Getting into veterinary school early not that uncommon

This reader points out that a heavy course load and strong GPA allow early admission at many colleges of veterinary medicine.

I'm writing in response to Rachel Ellerd's recent article on how to get into veterinary school without an undergraduate degree (dvm360.com/noBS). A bachelor's degree has actually never been a requirement; similarly, an undergraduate degree is not required for many medical schools or law schools (and in some states you don't need to go to law school to become an attorney-see Kim Kardashian).

Fulfilling the actual requirements doesn't take four years if one takes a heavy course load. Had I had good counseling and known that the University of Georgia reserved 10 seats for Maryland residents, I likely would have gotten in in two years, as 10% of my class did-I got in my junior year, as 20% did. Having accrued 110 hours in three years I was able to parlay an undergraduate degree in absentia. (I did this to please my father, a government-services executive who worried I might drop out my junior year to get married and he'd have paid for six years with no degree, whereas “with any degree I can get you a job in the government.” What can I say? It was the '70s.)

My only “animal” experience was two summers at the Washington National Zoo, feeding worms to marsupial rats. I followed that with the best two summers of my life as a park ranger at the Grand Canyon. I never worked in a veterinary clinic until my senior-year externship. (In other words, I had no idea what I was getting into; I am not recommending that!) How schools choose students may change over time, but I think GPA still reigns supreme. Mine was based on A's in humanities, soft sciences and math, not chemistry and physics.

I fully agree one needs to research what's required and which school one is most likely to get into. And yes, yes, a thousand times yes-if you have a choice, choose the “cheapest” of the established continental U.S. veterinary colleges; you will not learn more than a small percentage of what any of them can teach you. (It's a different story at the internship and residency level.)

Once I met a young woman attending Tufts. I noticed her car had a Virginia license plate. I inquired, and she said the DVM she worked for had said she should go to Tufts-as if in four years she would learn more there than at Maryland-Virginia, or perhaps the degree would have more cachet (after all, it's “almost the Ivy League”). I didn't say what I was thinking: If you have any sense, someday you'll smack that guy for ridiculous advice that cost you (or your parents) an extra $100,000. 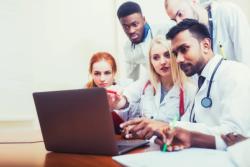