Cats have become an increasingly popular nonrodent model for studying type 2 diabetes mellitus (DM) in humans. Feline and human type 2 DM share several clinical and physiologic similarities: Both diseases tend to develop in middle age, are associated with obesity and insulin resistance, and influence loss of beta cells in the pancreas. Many of the underlying mechanisms of insulin resistance and DM progression, however, remain elusive.

In a recent study, researchers at the University of Copenhagen in Denmark explored a possible link between feline DM development and the microbiome.1

Previous studies suggest that, compared with healthy individuals, human patients with type 2 DM have significantly altered gut bacterial populations. Specifically, diabetic patients have reduced populations of the intestinal bacteria responsible for producing butyrate, an important player in metabolic and immune function. A lack of butyrate may be a key component in the development of insulin resistance.

The investigators used genetic sequencing techniques to compare fecal microbial populations in healthy and diabetic cats. They recruited 82 client-owned cats for the study, including healthy cats and cats diagnosed with DM. All animals were at least 6 years of age, lived mostly indoors, and had not received any medications that could potentially alter intestinal bacterial populations, such as antibiotics, prebiotics or probiotics.

Cats were divided into one of three categories based on health status and weight:

Diabetic cats were diagnosed with DM either prior to or on the day of recruitment and had a median body condition score (BCS) of six (out of nine). Many were receiving insulin treatment to help manage their condition. Control cats with a BCS of four to five were categorized as healthy-lean, whereas those with a BCS of seven to nine were designated as healthy-overweight/obese. Disease-free status was confirmed in all control cats via patient history information, physical exam and complete blood count, biochemistry and urinalysis results.

Next-generation sequencing of bacterial 16s ribosomal RNA was performed to estimate bacterial populations in fecal samples from each cat. A subset of 10 diabetic, 11 lean and 13 overweight/obese cats was then placed on a high-protein/low-carbohydrate commercial diabetic diet for four weeks, after which fecal bacterial populations were re-examined.

Overall gut microbial diversity was reduced, and gut microbial communities were altered, in diabetic cats compared with lean healthy cats. These changes persisted after a four-week dietary intervention with a commercial diabetic food and also became more distinct for DM versus healthy overweight/obese cats. Throughout the study, healthy lean and overweight/obese cats maintained similar gut microbial communities, which suggested that disease and not body composition was primarily responsible for the microbial changes seen exclusively in the diabetic population.

When specific bacteria were examined, the researchers found that diabetic cats had significantly altered proportions of bacteria in the Prevotellaceae and Enterobacteriaceae families, as well as bacteria responsible for producing the short-chain fatty acid butyrate.

Also, serum fructosamine correlated positively with the presence of Enterobacteriaceae bacteria in the intestine. This finding agreed with previous studies in which obese rodents and humans with type 2 DM had increased populations of gram-negative bacteria (including Escherichia coli) in the intestine. The Enterobacteriaceae are known contributors to low-grade inflammation, which is a precursor to insulin resistance.

Finally, the study revealed a lack of butyrate-producing bacteria in the intestinal microbiome of diabetic cats. Previous studies have shown that butyrate increases insulin sensitivity and impairs inflammatory cytokine function. Therefore, reduced levels may promote inflammation and the development of DM.

Microbiome-related studies are becoming increasingly popular, and changes in gut microbial diversity are now linked to the development of several diseases in humans and companion animals. In this study, cats with DM demonstrated several alterations in intestinal bacterial populations, many of which parallel changes observed in humans with type 2 DM. These major changes were not observed in healthy obese cats, suggesting that factors other than body composition are instrumental in feline DM development.

While switching to a high-protein/low-carbohydrate diet is a frequent component of feline DM treatment, dietary change failed to normalize the intestinal bacteria of diabetic cats. For this reason, the authors stated that additional measures to support patient microbial populations (such as oral probiotics or fecal transplantation) may become important considerations for optimal management of feline DM in the future.

Dr. Natalie Stilwell provides freelance medical writing and aquatic veterinary consulting services through her business, Seastar Communications and Consulting. In addition to her DVM, obtained from Auburn University, she holds a MS in fisheries and aquatic sciences and a PhD in veterinary medical sciences from the University of Florida. 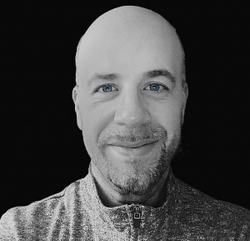 Knowing what to ask during a patient history