Journal Scan: Do we really know what we think we know about feline chronic kidney disease? 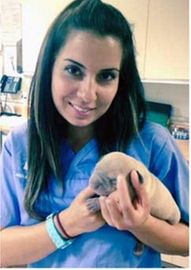 This study, which investigated the current knowledge of CKD, lays out all the moving parts involved in this common condition.

Chronic kidney disease (CKD) is the most common metabolic disease of domesticated cats presented to a veterinarian for evaluation. The prevalence of this disease in cats is higher than that observed in dogs. Interestingly, in captive populations of cheetahs, CKD is also a common finding. This article evaluates our current knowledge of feline CKD. The authors discuss pathogenesis, analyze initiation factors (aging, extrarenal diseases, ischemia and acute kidney insults, environmental factors, renal hypoxia factors and interstitial fibrosis) and evaluate progression factors. A retrospective evaluation was performed on studies and scientific data already available. The data compiled in this paper is based on published scientific papers in human and veterinary medicine.

There is limited data on the prevalence of CKD in cats but two consistent trends have been identified:

Increasing prevalence of the diagnosis of CKD in cats suggests that the overall prevalence of feline CKD increased from 0.04% in the 1980s to 0.2% in the 1990s to 1% by the 2000s. It remains unknown whether this increase is a reflection of increased awareness with enhanced diagnostic acumen, an increase in median age within cat populations or a true increase in prevalence.

Severity of CKD can be staged with recommendations from the International Renal Interest Society (IRIS). Complications associated with the disease include hyperphosphatemia, secondary renal hyperparathyroidism, hypokalemia, anemia and uremia.

The majority of geriatric cats with CKD do not have histologic evidence of primary glomerular disease. Instead most cats with CKD have tubulointerstitial lesions with only mild, presumed, secondary sclerotic lesions occurring within glomeruli.

Grossly, kidneys are decreased in size with surface pitting. Histologically, renal lesions are multifocal to segmental and include interstitial mononuclear cell inflammation, tubular degeneration and atrophy, interstitial fibrosis, mineralization of Bowman's capsule and tubular basement membranes, interstitial lipid and glomerulosclerosis. The inflammatory infiltrate typically consists of lymphocytes, which may be the sole inflammatory cell type present or may be admixed with plasma cells and macrophages, and are typically present within the interstitium surrounding atrophic tubules.

The traditional view is that an initiation phase precedes a progression phase. In this scenario a primary renal disease initiates damage to the kidneys. Intrinsic factors then produce self-perpetuating renal injury.

Chronic primary renal diseases that have been identified to cause CKD in cats:

With the exception of AKI, most of these known primary renal diseases affect only specific breeds and are thought to affect only a small number of animals or produce histological changes that are inconsistent with the pathological changes of CKD. Thus, most cats with CKD lack an apparent inciting cause. It seems more likely that a combination of intrinsic (animal) factors, environmental factors and/or repeated intermittent AKI act in concert as initiating or causative factors.

> Aging-an abundance of evidence supports a link, perhaps causal, between aging and feline CKD. Aging by itself does not initiate CKD, but it is plausible that age-associated changes enhance susceptibility to the development of CKD. This may include extrarenal diseases that are more common in older cats, such as hyperthyroidism, dental disease, systemic hypertension and inflammatory bowel disease (IBD).

> When comparing FIV-infected cats with those not infected in the clinical setting the incidence of azotemic renal disease was similar, suggesting that FIV may not be a significant cause of CKD in cats.

> The importance of AKI as an initiator of spontaneous CKD in cats has not been well studied.

> Hyperthyroidism-convincing evidence is lacking, as most cats with CKD do not have overt hyperthyroidism. Consequences of hyperperfusion and direct effects of thyroid hormone on feline tubular cells are also not well understood.

> Periodontal disease-this is a complex, possibly bidirectional relationship, but there is more evidence in people and dogs.

> Systemic hypertension-while it is common in cats with CKD, it is usually not clear if the high pressure precedes or is in coincident with the initiation of CKD.

Other initiating factors include ischemia and other AKI as initiating factors. There is evidence that AKI, specifically ischemic, initiates changes that mimic CKD in cats, consistent with the suggestion that maladaptive repair mechanisms following an AKI can lead to CKD.

Environmental factors as initiators of feline CKD include phosphorus and sodium. While important as progression factors, it's unclear if dietary phosphorus or salt intake play a role in the initiation of feline CKD.

And other husbandry factors:

> Ad lib feeding or high protein diets-there's a lack of evidence to support this.

> Food additives such as ethoxyquin or genetically modified plants are hypothesized but lack real evidence.

> Glyphosate, an herbicide, has some evidence of toxic renal effects but the authors are not aware of any studies in cats.

> Routine vaccinations have been hypothesized to be an initiating factor, especially if grown in the Crandell Rees feline kidney (CRFK) cell line, but further studies are needed.

> Chronic stress due to confinement, cofeeding, litter box sharing and cohabitation with other animals might lead to chronic overactivation of the hypothalamic-pituitary-adrenal (HPA) axis.

> Renal hypoxia could be an initiation factor-potential causes are stress, aging, ischemia as a result of tubular hypermetabolism, anemia, transient systemic hypotension, systemic overactivity or activation of the renin-angiotensin-aldosterone system (RAAS), subclinical exposure to compounds with effects on renal vasculature (NSAIDs or melamine).

It's assumed that CKD is an inherently progressive disease, but it's difficult to demonstrate progressive deterioration of renal function in lab models of feline CKD. Several factors have been associated with progression of feline CKD:

> Activation of the RAAS

In other species, progression factors operate independently of the primary disease, are activated by adaptive changes in the animal or through secondary effects of reduced renal function and are held to be responsible for what is commonly called intrinsic or inherent progression of CKD.

Reviewing all the factors that contribute to our knowledge of this disease in cats may help direct us to areas where further studies are needed. This was a very interesting review of how this incredibly common disease has so many moving parts to it. It's important to be reminded that cats are different when compared with dogs and people, and the disease not only affects different parts of the kidney (tubules in cats versus glomerulus is dogs and humans). Also, clinically when talking about CKD it's important to remember that it's not just one or two insults to the kidney, it's a combination of factors that form a cascade-almost like a domino effect. 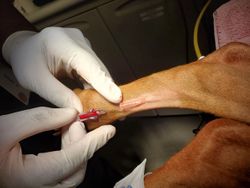