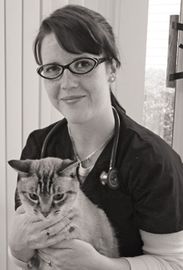 Raise your hand if youve ever felt personally victimized by another woman in your clinic. Days in veterinary practice can sometimes feel like a scene out of Mean Girls. How do we change that?

Ladies, how familiar does this scenario sound? There's that one coworker who belittles your ideas or takes over your work without asking. The really disappointing part? Since most of the profession is made up of women, it's not just workplace bullying that's happening, it's a prominence of woman-to-woman bullying.

While males often equate bullying with punching, kicking or hitting, female aggression tends to be more subtle-and often verbal-from a young age. Women try to bring other women down using exclusion, gossip and rumor spreading, along with ignoring and antagonistic body language. So while your female coworker isn't physically pushing you around, and probably hasn't created a "Burn Book" of nasty comments about your team, they may still be trying to push you out of the inner circle.

Women have the same motivators as men for this behavior-a natural human desire for power and control, paired with feelings of jealousy, fear or competition. And when it comes to picking their target's gender, women often tend to go for other women, as they feel girls were raised differently, and have a lesser chance of being confrontational or responding with aggression like a man might.

This behavior is also accepted as a norm within groups of women. In my time as a technician as well as a manager, I can't count the number of times I've heard comments from female employees dismissing negative behavior between women as being bound to occur just due to the nature of their gender. The brushing it off as “it's just a girl thing” mentality is damaging to our female workplace culture and is, in part, being perpetuated by ourselves.

We're taught that it's normal to bicker with one another from an early age, then as teens start calling other young women “catty” or “bitchy.” That language and mentality often carries into adulthood. When a man slights a woman, the behavior is usually the focus. However, when we hear one woman complain of another female coworker, it's not just the behavior that's being discussed-the individual's entire identity is encapsulated by those derogatory female terms.

With fewer opportunities for women to advance (there were 24 female CEOs in the Fortune 500 in 2018-that's just under 5 percent of the total list), women may act in an overly aggressive manner to their female counterparts for the sake of competition. With this mentality, women are more hesitant to encourage each other in the workplace as they worry it may jeopardize their career. If we're so focused on demeaning each other, how are we going to help our gender grow and break through the glass ceiling?

When this behavior occurs, it affects our ability to trust one another and feel that we can be open in our work relationships. If we don't start addressing it head-on, this cycle isn't likely to be broken and the sabotage will only continue. To help stop this behavior in your own workplace, initiate a kudos system among your coworkers, and make an effort to acknowledge your female coworkers' hard work and efforts. Send a friendly email or text to comment on a strength of theirs or just to show appreciation. If you work in a toxic environment with a lot of woman-to-woman negativity, it can be surprisingly cathartic to rise above the backstabbing and gossip and introduce some positivity.

Remember, when you're addressing the issues, focus on the behavior, not labeling the individual. Are they name-calling, gossiping, withholding information or resources, huffing, rolling their eyes or turning their back to you? Identifying the actions can better help that individual change, and also help squash the tendency for the behavior to be labeled as something else solely because it's coming from a woman. Discuss the behaviors head-on with the individual and be firm about the effect it's having on you and the workplace. If you're still not getting anywhere, pull in a manager to help mediate the conversation.