On the Forefront: A new tool that detects ivermectin and other drug sensitivities in dogs

When Rollie, a 10-year-old male Shetland sheepdog, was found to have transitional cell carcinoma, Rollie's veterinarian wanted to make sure that he could be safely treated with doxorubicin.

When Rollie, a 10-year-old male Shetland sheepdog, was found to have transitional cell carcinoma, Rollie's veterinarian wanted to make sure that he could be safely treated with doxorubicin. His veterinarian knew that Shetland sheepdogs are among the dog breeds that can be sensitive to such drugs as ivermectin and certain antineoplastic agents. This sensitivity is due to a deletion mutation of the multidrug resistance gene (MDR1), which testing at Washington State University's Clinical Pharmacology Laboratory can now detect. So Rollie's veterinarian sent a cheek brush sample for testing, and the results revealed that Rollie's MDR1 genotype is normal and that he could undergo doxorubicin chemotherapy.

Dr. Katrina Mealey and Kenny, a collie with an MDR1 deletion mutation that makes him sensitive to certain drugs.

Ivermectin toxicosis in collies was first described in the 1980s.1-3 Clinical signs of ivermectin toxicosis include depression, ataxia, mydriasis, tremors, hypersalivation, coma, and other neurologic signs.2 Most mammals are protected from ivermectin's neurologic effects because the blood-brain barrier prevents access of ivermectin to the central nervous system. However, there is a subpopulation of collies and several other dog breeds that are exquisitely sensitive to the neurologic effects of ivermectin. Investigations in the late 1980s revealed that ivermectin is neurotoxic in some, but not all collies at doses a fraction of those required to cause toxicosis in other dogs.2 These investigations also revealed that affected collies accumulated high concentrations of ivermectin in brain tissue as compared with dogs that were not sensitive to ivermectin, suggesting that affected dogs lack a functional blood-brain barrier.2

P-Glycoprotein, the product of the MDR1 gene, is a 170-kD, membrane-spanning, cell-surface protein that functions as a drug efflux pump.4,5 P-Glycoprotein was first identified more than 20 years ago in chemotherapeutic-drug-resistant tumor cells and is now known to be a principal cause of multidrug resistance in human and veterinary cancer patients. In tumor cells, P-glycoprotein functions as an ATP-dependent efflux pump, resulting in decreased intracellular drug accumulation and reduced cytotoxicity of a variety of anticancer agents.4,5

P-Glycoprotein is expressed not only in tumor cells but also in a variety of normal tissues, including renal tubular epithelium, canalicular surfaces of hepatocytes, adrenocortical cells, colonic and intestinal epithelium, brain capillary endothelial cells, and others.6 Consistent with P-glycoprotein's function as a transport pump, the expression of P-glycoprotein in nonneoplastic tissues suggests a normal physiologic role for P-glycoprotein mediating the export of potentially toxic xenobiotics from the body. Although the normal function of P-glycoprotein in many of these tissues has not been elucidated, a great deal is known about its role in the blood-brain barrier.

Research at Washington State University's College of Veterinary Medicine has demonstrated that a deletion mutation of the MDR1 gene exists in ivermectin-sensitive collies.9 This deletion mutation produces a frame shift that generates a premature stop codon in the MDR1 gene, resulting in a severely truncated, nonfunctional protein. Collies homozygous for the deletion (MDR1 mutant/mutant) exhibit ivermectin sensitivity, while those that are heterozygous (MDR1 wild-type/mutant) may be sensitive to ivermectin. Homozygous wild-type are not sensitive to ivermectin neurotoxicity. Many other herding breeds also harbor the mutation, including Australian shepherds, Shetland sheepdogs, white German shepherds, and others. The prevalence of the MDR1 mutation in collies in the United States is fairly high: about 22% are homozygous for the normal allele (normal), 42% are heterozygous (carrier), and 35% are homozygous for the mutant allele (affected).10 In more recent studies, we have tested collies from France and Australia and have found the mutation at a similar frequency (K.L. Mealey: Unpublished data, 2004).

A broad substrate affinity enables P-glycoprotein to transport a large number of structurally and functionally unrelated compounds. The physiologic and pharmacologic consequence of P-glycoprotein drug transport, or lack thereof in affected dogs, depends on the particular drug and tissue involved. Although P-glycoprotein has been identified in many body tissues, its functions have been most well characterized in the brain and gastrointestinal tract. P-Glycoprotein expressed on the luminal border of brain capillary endothelial cells protects the brain against a variety of compounds, including ivermectin, by pumping the drug out of the endothelial cell and back into the bloodstream. P-Glycoprotein expressed on the luminal border of intestinal epithelium pumps drugs from within the epithelial cell back into the intestinal lumen, thereby inhibiting systemic absorption of many drugs.11

Animals that lack functional P-glycoprotein will experience greater oral bioavailability of certain drugs (P-glycoprotein substrates) and accumulate higher concentrations of these drugs within brain tissue than normal animals (Table 1). For example, if the standard dose of cyclosporin A is administered orally to a dog with an MDR1 mutant/mutant genotype, increased intestinal absorption may occur, resulting in significantly greater plasma concentrations of cyclosporin A. It is important to note that many other drugs routinely used in veterinary patients may be substrates of P-glycoprotein (Table 1). In two recent reports, collies harboring the MDR1 mutation experienced extreme sensitivity to P-glycoprotein substrate drugs including loperamide, doxorubicin, and vincristine.12,13 Sensitivity to avermectins other than ivermectin (i.e. selamectin, moxidectin, and milbemycin) in collies or other herding breeds has also been reported.14,15

How can I identify affected dogs?

Pharmacogenetics, the study of genetic variation in drug response, offers the opportunity for truly individualized pharmacologic therapy. The Veterinary Clinical Pharmacology Laboratory at Washington State University (vcpl@vetmed.wsu.edu; www.vetmed.wsu.edu/depts-VCPL) offers MDR1 genotyping for dogs. Owners and veterinarians can identify dogs that harbor the mutation before administering potentially toxic drugs. Alternative drugs may be considered, or dosing adjustments can be made to decrease the risk of toxicosis. Treating individuals according to their genotype fulfills the promise of pharmacogenetics.

10. Mealey, K.L. et al.: Frequency of the mutant MDR1 allele associated with ivermectin sensitivity in a sample population of collies from the northwestern United States. AJVR 63 (4):479-481; 2002. 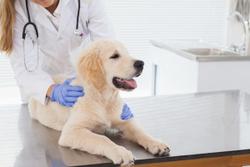 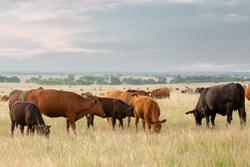