Do efforts in online social media really work for small businesses? Yes, for a certain demographic, according to a study performed at Rice University's Jones Graduate School of Business.

The researchers followed a local chain of restaurants called Dessert Gallery in Houston, Texas. Before the study, the chain hadn't tried online networking. As part of the study, the chain created a Facebook page and began posting several times a week—promoting their menu, running contests and specials, and more.

The researchers surveyed 700 of Dessert Gallery's regular customers before the chain’s emergence on Facebook and then again after three months of its Facebook presence. In addition, once Dessert Galley created its Facebook page, it asked those same 700 customers to become fans; 75 did initially.

The survey results: Those who became fans of the chain visited 20 percent more often than those who didn't and spent 33 percent more overall while in the restaurant. Plus, Facebook fans were more emotionally attached to the restaurant chain, giving it an average of 3.4 on a four-point scale, while non-fans gave it an average of 3. However, only about five percent of the chain’s 13,000 customers became fans.

What does this mean for your practice? Social media is a great ancillary marketing tool. By having a presence on social Web sites, you may just attract online-savvy customers who'll maintain their loyalty if you do your best to keep your page updated and informative.

See the related links below for more on how to get the most out of social media marketing. 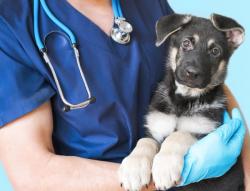