A consistent scale for determining a dog's degree of pruritus would be valuable in any number of ways: for you and your clients to determine whether a dermatologic treatment is working, for clear communication between general practitioners and specialists, for use in studies evaluating antipruritic treatments, and more.

A consistent scale for determining a dog's degree of pruritus would be valuable in any number of ways: for you and your clients to determine whether a dermatologic treatment is working, for clear communication between general practitioners and specialists, for use in studies evaluating antipruritic treatments, and more. A quartet of researchers has established just such a scale, and in their latest study, published in Veterinary Dermatology, they present evidence for the validity of this scale, called the canine pruritus severity scale.

They tested the scale with 713 owners who presented their dogs for any reason to three practices in the United Kingdom-one dermatology referral practice and two general practices. They gave the scale to owners of dogs without skin disease to be able to calculate a normal range. A total of 408 of the dogs had skin disease, while 305 were healthy or were presenting for nonpruritic conditions. The owners were given a visual analogue scale from 1 to 10 with increasing levels of pruritus described vertically along the side of the scale. The owners would indicate their dogs' degree of pruritus based on these descriptions. The researchers then placed a transparent sheet with a graduated scale on top of the visual analogue scale and were able to assign a numerical value to the indicated mark.

Surprisingly, many owners whose dogs did not have skin disease indicated a degree of pruritus above zero, so the normal range ended up being 0 to 1.9 out of 10. The median pruritus score for dogs with skin disease was 5.5, and the highest median score was 6.8 for dogs with sarcoptic mange. Dogs with sarcoptic mange, pyoderma, and flea allergy, atopic, and Malassezia dermatitis all had high pruritus scores. Those with nonpruritic conditions such as endocrine, metabolic, immune-mediated, and neoplastic disorders had low pruritus scores. These findings demonstrate the scale's efficacy in identifying dogs with pruritic conditions.

To evaluate whether the scale could demonstrate a reduction in pruritus because of treatment, 101 dog owners within the study rated their dogs' degree of pruritus before and after treatment. The median initial score was 6.4, and the median score after treatment was 2. Before the treatment, the researchers also asked these owners what level of improvement they expected, and most wanted the score to be 0. However, as seen by the number of dogs without skin disease that still had some level of itchiness, a resolution to 0 seems quite optimistic. Discussing the expected outcome of antipruritic treatment seems prudent so clients aren't disappointed. Overall, the canine pruritus severity scale appears to be effective in distinguishing between dogs with pruritic vs. nonpruritic disease and can be used to help evaluate treatment efficacy both in practice and in clinical trials. 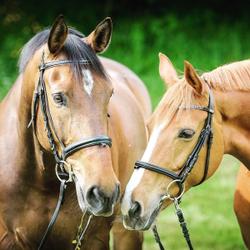 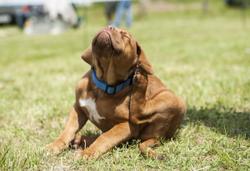 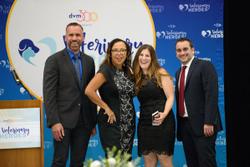