Longtime veterinarian and reality television star Jan Pol, DVM, is serving probation from the Michigan Department of Licensing and Regulatory Affairs for negligence and incompetence related to an April 2010 incident.

"The Incredible Dr. Pol" as touted in the title of his National Geographic Wild show, was ordered to pay a $500 fine and complete continuing education in the areas of documentation and record keeping, small animal reproduction, and ultrasound techniques and interpretation. According to documents provided by the state of Michigan, Pol failed to accurately read a canine ultrasound, appropriately treat the patient and to maintain and ensure that his staff kept adequate documentation of telephone calls, treatment records and recommendations to record an appropriate treatment history. Lori Donlan of the Department of Licensing and Regulatory Affairs said in an e-mail to DVM Newsmagazine that Pol paid his fine July 13, but remains on probation—instituted May 26—as he has not submitted any of his required continuing education.

The administrative complaint document states that a couple with a German shorthair named Mocha, who was bred and expected to deliver around April 3, 2010, called Pol Veterinary Services in Weidman, Mich., three times between April 3 and April 8, 2010, concerned about the dog’s condition because she had not delivered her puppies. The couple was advised by phone to “let nature take its course” and that there was no need to bring the dog to the facility. A facility veterinarian told the client to call back April 9 if Mocha still had not given birth.

By April 9 Mocha had still not given birth and was producing a brownish-green mucus discharge. By phone, the client was instructed by facility staff to keep the dog in a quiet place and that it sounded like she might be starting to go into labor. The client called the facility at 4:30 p.m. indicating the dog had still not given birth. The client was instructed to bring Mocha in. That evening Mocha was examined by a facility veterinarian who advised that the dog was not dilated and sent her home without conducting any further tests or an ultrasound. The veterinarian informed the client that Mocha should have her puppies within the next couple days.

The next day, the client called the facility to inform the veterinarian that Mocha’s belly looked “skinny” and was hanging low. The client was again told to let nature take its course and that Mocha would probably deliver later that day. On April 12 the client took Mocha back to the facility increasingly concerned that the dog had not given birth. At that time an ultrasound was performed by a facility veterinarian who informed the client she did not see any movement in Mocha’s uterus.

Pol was then asked to evaluate Mocha. Pol concluded that the due date had been wrong and that he did see movement in the ultrasound. The client was told to take Mocha home but to call with any further questions. The same day, the client took Mocha to Animal Health Associates in Mount Pleasant, Mich., for a second opinion. A veterinarian performed another ultrasound and concluded there was no movement inside Mocha. A cesarean section found 10 deceased puppies. The veterinarian estimated the puppies had been dead at least three or four days. The veterinarian also stated that a cesarean or induction was warranted based on Mocha’s brownish-green mucus discharge, temperature and failure to deliver by April 5, 2010.

The Michigan Department of Licensing and Regulatory Affairs ruled that Pol’s failure to accurately read the ultrasound, perform a C-section and to maintain any records on Mocha was evidence of negligence, or failure to exercise due care, including negligent delegation to or supervision of employees. It also found that Pol’s conduct failed to conform to minimal standards of acceptable and prevailing practice for the health profession.

A Nat Geo Wild press release of Oct. 2 says “The Incredible Dr. Pol” continues to “charm audiences and animal lovers everywhere.” The second season of the show debuted Aug. 25 at its 10 p.m. ET/PT Saturday time slot. The Sept. 29 episode achieved a season high rating of 0.4 among 25 to 54 year olds--the highest in Nat Geo Wild’s history for any show. According to Nielson Media, an average of 588,000 viewers over age 2--including 246,000 viewers in the coveted 25- to 54-year-old bracket--tuned in to the episode, doubling the network’s Saturday night average ratings.

Rajul Mistry of National Geographic said in an e-mail to DVM Newsmagazine that Pol made the network aware of the probation and that it will not affect Nat Geo Wild’s relationship with Pol or the future of the show. “The show is currently the No. 1 show on Nat Geo Wild and we hope it has a long and successful future as part of our network,” he says.

Despite record-setting ratings, several comments on Nat Geo Wild’s blog are negative, even calling for the cancellation of the show due to Pol’s “old-school” approach to veterinary medicine as Nat Geo Wild promotes it. “It is an undisputed fact that Dr. Pol has helped thousands of animals throughout his 40-year career as a veterinarian,” Mistry says. “His very successful clinic has been in business for 30 years, where residents of Michigan count on him to help their sick pets and farm animals. The recent fine placed on Dr. Pol is due to an administrative complaint, not malpractice or misdiagnosis. He will regularly see patients and within one month have taken a three-day course, lifting the probation.”

Mistry says it will be up to the show’s producers if Pol’s probation will be included in future episodes. Pol did not immediately return calls from DVM Newsmagazine requesting comment. 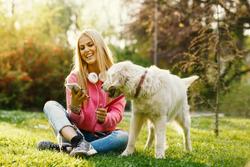 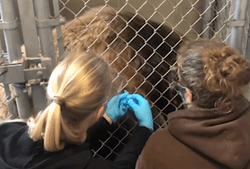 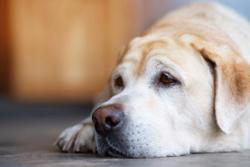 3 must-reads for discussing euthanasia with clients