Dogs have long been known for their superior ability to detect scents. A new study shows that those snouts may be able to detect heat as well.

Dogs’ super sniffers have the ability to help locate missing people, find narcotics and and even detect cancer. Now, researchers believe that dogs can add another skill to their list: the ability to detect changes in thermal radiation, according to a study published in Scientific Reports.1

Researchers from Lund University in Sweden and Eötvös Loránd University in Hungary conducted complementary experiments to determine the ability of the canine nose to detect thermal radiation. All of the radiating heat used in the experiments was too weak to be felt by human hands, even at short distances.

In the first double-blinded experiment, three healthy adult pet dogs were trained to choose between two objects. At first, the dogs were unable to see or smell any differences between the objects. But when the researchers created a slight temperature difference between the two items, all three dogs successfully detected the object that was giving off weak thermal energy.

In the second study, the researchers scanned the brains of 13 pet dogs from various breeds using functional magnetic resonance imaging. The dogs were presented with objects giving off weak or neutral thermal radiation. The brain scans demonstrated that the dogs were more responsive to the objects that gave off weak thermal radiation.

“The study is consistent with other research that describes the combined dog nose and brain as a sophisticated platform for processing a broad range of signals,” says Gary Settles, an emeritus professor of mechanical engineering at Pennsylvania State University.

Click here for details on this study, including study limitations and directions for future research. 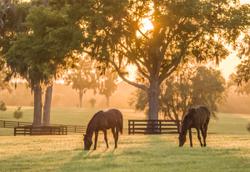 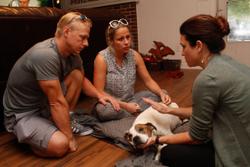 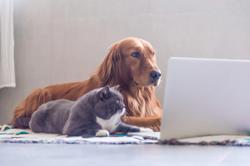