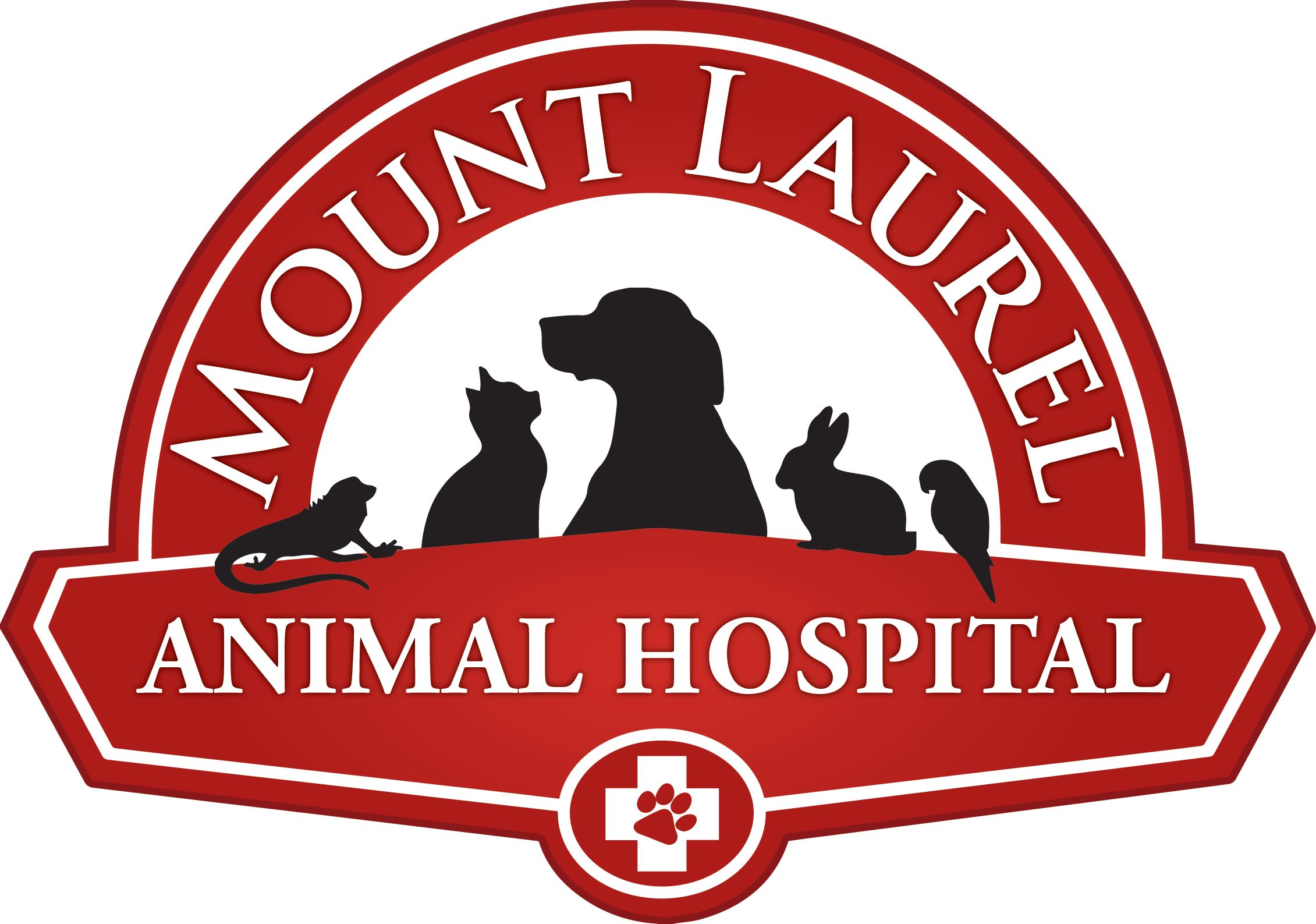 Part I of a series: nonsurgical diseases

Developmental orthopedic disease (DOD) refers to a group of conditions caused by congenital and environmental factors that affect the appendicular skeleton of young dogs and result in lameness.1,2 They can be identified by considering the patient’s signalment and history and conducting a complete physical and orthopedic examination and a differential diagnosis. Although the diseases that fall under the umbrella term vary within the literature, this article focuses on the common developmental conditions that result in lameness: panosteitis, hypertrophic osteodystrophy, and endochondral ossification disorders. Hip dysplasia, patellar luxation, and angular limb deformities are beyond the scope of this series.

Panosteitis is a self-limiting inflammatory disease of the marrow of long bones that historically has been referred to as eosinophilic panosteitis, juvenile osteomyelitis, enostosis, and shifting leg lameness.2-5 Its etiology is unknown, but it appears that protein accumulation (from diet or inflammation), vascular proliferation, and local bone formation at nutrient foramina lead to increases in intraosseous pressure and clinical signs.2 The incidence of panosteitis has been estimated at 2.6 cases per 1000 patients,2,6 and is highest in the Northeast and North Central United States, with cases more common in summer and fall.2

Panosteitis primarily affects large and giant canine breeds but can affect smaller ones as well. Most patients present with clinical signs at between 5 and 12 months of age,2-3 and males are more commonly affected than females (4:1 ratio).2 Patients that present with panosteitis are often reported to have a shifting leg lameness. Lameness can vary from mild and transient to nonweightbearing lameness, and the forelimbs are more commonly affected than the hindlimbs (4:1 ratio).2,5

Varying degrees of lameness may be observed upon examination, and sometimes the lameness shifts because multiple long bones are affected.2 All long bones should be palpated and care taken to avoid compressing muscular or nervous structures. Patients typically have marked discomfort on palpation of affected bones. The most commonly affected are the ulna (42%), radius (25%), humerus (14%), femur (11%), and tibia (8%).2,3,5

Radiographs should be taken to differentiate panosteitis from other DODs. Radiographic findings vary based on the stage of the disease.2-5 The changes occur in the diaphysis/metaphysis.2-4 In early stages (Figure 1), films may be normal, or there may be a decrease in radiodensity near the nutrient foramen.2-4 As the disease progresses (Figure 2), there is an increase in medullary opacity with a granular pattern or loss of normal trabecular pattern; some patients also exhibit periosteal new bone formation.2-4 Later on, the medullary canal becomes more diffuse and homogeneous.2-4 After 4 to 6 weeks, the densities regress, and the bone appears to have a courser trabecular pattern.2-4 There is no correlation between radiographic severity of lesions and clinical severity of disease.2,5

Eosinophilia was frequently reported in early descriptions of panosteitis, but subsequent studies indicate that only 1% to 5% of panosteitis patients have eosinophilia.2,5

Treatment (exercise restriction and analgesics) is palliative only and does not influence probability of recovery. There is 1 report in which the use of benzopyron, a proteolytic substance not available in the US, resulted in normalization of interosseous pressure and clinical signs within days of administration, but the findings have not been validated.2

Panosteitis episodes can recur, but severity usually decreases and intervals increase with recurrence.2,5 Overall, the prognosis is excellent, with most dogs making a complete recovery.2,3

Hypertrophic osteodystrophy (HOD)—also known as metaphyseal osteopathy, Moeller-Barlow disease, osteodystrophy II, and skeletal, infantile, or juvenile scurvy—is seen in young dogs that are growing rapidly.2,6,7-8 Its incidence is 2.8 cases per 100,000 patients and is higher in the US Northeast.2,9 Most commonly, it presents in the fall and least commonly in the winter.2

Its etiology is incompletely understood. Vitamin C deficiency, overnutrition, heredity, inflammation/infection, and vaccination have all been proposed, but not validated, as sole causes.2,7-10

Although HOD predominantly affects large and giant breeds, any breed may be affected.2,7-8 Males are 2.3 times more likely to be affected than females.2

Patients have varying degrees of lameness, from mild to severe, which presents as reluctance to stand and walk.2,7 Palpation of the long bones typically reveals warm, painful swelling of the metaphyseal region.2,7 The distal radius, ulna, and tibia are most commonly affected, but HOD has also been found throughout the axial/appendicular skeleton.2,9 It is common for multiple bones to be affected.2,7 Systemic signs (inappetence/ anorexia, depression, hyperthermia, and diarrhea) may accompany orthopedic signs.2,7,9

Radiographs confirm the diagnosis, but clinical signs may appear 48 to 72 hours before radiographic abnormalities.2 Films (Figure 3) reveal a double physeal line, a radiolucent line in metaphysis parallel to a narrow zone of increased radiodensity immediately adjacent to the physis.2,7-8 Periosteal/endosteal proliferation may occur.2,7,10 In more advanced cases, radiographs may show excessive enlargement of the metaphyses or, less commonly, irregular widening of the physes.2

HOD is typically self-limiting and resolves within days to weeks, but it can persist for months.2 The prognosis is good to excellent in mild cases, but death can occur in severe cases.9 Therapy for the former includes a balanced diet, oral analgesics, and home care; for the latter, hospitalization and more intensive care may be required. Weimaraners may respond better to steroids than to NSAIDs. In 1 study, 100% of Weimaraners treated with oral prednisone (0.75-1.5 mg/kg every 12 hours) achieved clinical remission within 48 hours, whereas only 45.5% of those treated with NSAIDs had clinical resolution within the same time period.10

One or more recurrences of HOD can develop weeks to months after the first episode. Weimaraners with HOD-affected littermates are more likely to relapse than those without.2,5,8,10

In growing animals, cartilage within the epiphysis and growth plates becomes bone through a process of matrix mineralization, chondrocyte death, vascularization, and ossification.11-12 In patients with osteochondrosis, the process fails to occur normally.1,11-13 Risk factors for the disorder include heredity, fast bone growth, diet, and trauma.1,11-13

Although the terminology describing osteochon- drosis is controversial, in broad terms, it can be focal or multifocal, unilateral or bilateral, and asso- ciated with the growth plates or the epiphyses.1,11

It is classified according to severity.13 Osteochondrosis latens lesions are very early microscopic abnormalities that can resolve spontaneously without causing significant disease.13 Osteochondrosis manifesta lesions are macroscopically and radiographically apparent but don’t typically result in clinical disease.13 Osteochondrosis dissecans lesions occur when the deformed cartilage separates from the underlying bone and creates flaps in the joint.13 These lesions, which cause pain and lameness, are conventionally referred to as osteochondritis dissecans because of ensuing synovitis.11,13

Osteochondrosis latens does not require surgical management. Treatment of osteochondrosis manifesta may be more debatable, but as a sole lesion, it is not typically an indication for surgery.11 Osteochondritis dissecans is typically a surgical disease and will be discussed in Part II of this series.

Jessica R. Kinsey, DVM, DACVS-SA, is a 2008 graduate of Michigan State University College of Veterinary Medicine. While she considers herself a proud Spartan, she currently resides in New Jersey. Kinsey enjoys all aspects of veterinary surgery, and her specific interests include developmental abnormalities, hepatobiliary surgery, surgical oncology, neurosurgery, and polytrauma/ perioperative management of critical cases. In her free time, Kinsey enjoys travel and outdoor adventures. She shares her home with her husband, daughter, and four-legged companions: Bullwinkle, Gremlin Bear, Sir Tully, and Laser Kittenface.

How to cope with surgical anxiety

Advances in Radiation Therapy: Treating Cancer in the Age of Star Trek
Advertisement