Are brachycephalic breeds doomed for a lifetime of poor health? New data does not look promising for the pug and its fellow flat-nosed friends.

A study of 1.27 million dogs over a nine-year period shows that dogs with short noses, generally referred to as “brachycephalic,” experience more health problems than other breeds, even in areas seemingly unrelated to airway anatomy, according to a white paper from Nationwide's pet health insurance group.

Researchers analyzed claims from Nationwide policyholders spanning the years 2007 to 2015. The study involved nearly 185,000 brachycephalic dogs and almost 1.1 million non-brachycephalic dogs. It did not take into account conditions already known to be common in short-nosed dogs, such as stenotic nares, elongated soft palate, tracheal hypoplasia and everted laryngeal saccules.

“The question became: if you take out conditions known to be related to brachycephaly, are these breeds less healthy, as healthy, or more healthy than dogs of a more moderate canine conformation?” the white paper reads. “The answer: Less healthy, across a range of common conditions.”

One of the most striking differences between the 24 breeds considered brachycephalic and other dogs was in corneal ulcer incidence. This condition had a prevalence of 6.3 percent in brachycephalic breeds, compared with 1.4 percent in other breeds.

The study also considered the gastrointestinal tract, respiratory and cardiac systems, and orthopedics, and the finding of higher prevalence of disease conditions in brachycephalic dogs was consistent in the results.

“Veterinarians have long known these breeds come with their own set of health challenges,” reads the Nationwide white paper. “With an analysis that shows brachycephalic breeds significantly more impacted than their structurally normal counterparts across a range of common conditions, Nationwide has opened a new topic for discussion. We hope to help improve the quality of life for these dogs, and to lessen the expense their owners have in caring for them. 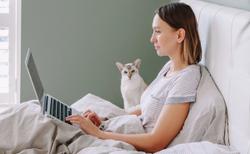 News wrap-up: This week's veterinary headlines, plus our new editorial advisory board members 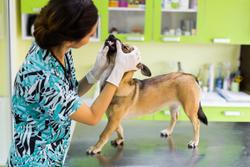