Commentary: Telemedicine is in DVMs' hands

Afraid of what pet owners and practitioners will miss without physical exams, this veterinarian warns colleagues they should be the ones shaping policy for the future of telemedicine.

This commentary was written by a member of the AVMA Practice Advisory Board that crafted the 2016 Final Report on Telemedicine. You can read the full version of the report here (click the link for the PDF).

Nobody in the practice wants to see Charlie-not me, not the technicians, not any of the other doctors.

It's not because Charlie doesn't look cute and cuddly. His tail wags. His expression is relaxed. He'll even approach you and let you pet his head.

It's because if you attempt to impose your will on Charlie-restrain him, pick him up, poke him with a needle-without warning and without hesitation, he transforms into a ferocious, 12-pound, eat-your-face-off, lunge-at-your-throat, back-you-into-a-corner beast with the seeming strength of a grizzly bear and the speed of a feral cat. Even Charlie's owners are helpless in the face of his supernatural transformation. Everyone involved fears for his or her life. It makes for miserable exam room visits.

I'm sure I was subconsciously taking all of that into consideration when Charlie's owner called to request a refill of metronidazole we'd prescribed when Charlie had a recent bout of diarrhea. She informed the receptionist that Charlie had been diagnosed with inflammatory bowel disease by his previous vet. I'd diagnosed him with colitis just a few months before. She described how he was only making small, soft stools and having excessive straining. Even though he had been problem-free for months, it looked to her like his last episode and the metronidazole had cleared him right up. She was certain that was all he needed. I verified that he was still eating and drinking and that his activity was more or less normal. Then, against my better judgment, I agreed to refill the prescription. I told Charlie's owner that if his diarrhea didn't improve after two doses of the medication, I wanted her to bring him in for a recheck so I could be certain we were on the right track with our diagnosis and treatment plan. I wasn't totally surprised when I saw his name on my appointment schedule two days later.

Wait, is there something in there?

I went into the exam room to speak to the owner, carefully ignoring Charlie so he didn't think I was going to touch him. He looked like a little dust mop. He couldn't be groomed without sedation and his owner had to be especially careful bathing him. Brushing was out of the question. The slightest amount of restraint would trigger his fearful transformation.

I couldn't see his eyes, and the hair on his belly and legs nearly dragged the floor. His owner reported that she hadn't seen any change in his bowel movements since starting the metronidazole. He was still straining and only making small, semi-formed stools. I informed her that I needed to get my hands on him to do a good physical. She reluctantly agreed.

We used our “distract and pounce” technique to get him bundled in a blanket so his teeth were neutralized by the fabric. With him wrapped up tight, a technician administered a sedative in his back leg. We carefully released him to his owner's care while the sedative kicked in. Then we backed cautiously out of the exam room using our blanket like a bull fighter's cape in case he decided to come after our ankles in retaliation.

A few minutes later, when I picked Charlie up off the floor and carried him back to the treatment area, I noticed that he felt a little swollen back by his tail. With his long, matted hair coat, I couldn't tell anything was unusual just by looking. But when I scooped my hand around his back end to lift him up, I could tell it didn't feel quite right. I laid him on the exam table and began poking and prodding a little more. The clinical picture began to come into focus more clearly. Charlie wasn't having diarrhea at all. In fact, Charlie's colon was packed full of formed poop. His prostate was huge and both the colon and prostate were reflected caudally into a perineal hernia next door to his tail that was perfectly hidden under the long, thick dreadlocks that covered his body. He was straining to push whatever semi-formed poop he could out the exit door, making it appear to the owner as if he had colitis.

I informed the owner of our findings and we scheduled his surgery. No telling how long Charlie had been suffering miserably from this perineal hernia affecting his ability to poop. It was at least two days longer than it should have been because I didn't get him in sooner for a recheck, but better late than never, I rationalized.

You don't know what you don't see

Charlie's case is a good example of the limitations of telemedicine. I point this out because there are factions within our ranks pushing aggressively for more widespread use of telemedicine in our profession, and this is just one example of a case where telemedicine would have been dangerous. Often, our initial impressions about a case based on a client's observations end up being mistaken and even misleading. Pet owners don't usually intentionally mislead us, but they often misinterpret what they see at home. Hardly a day goes by that I don't have to gently convince an owner that their coughing poodle doesn't have something stuck in his throat ... or that their cat isn't vomiting, but coughing ... or that their dog doesn't have constipation, but diarrhea. Owners don't always know how to interpret the abnormal signs they see in sick pets, and they don't know that they don't know. As the doctors involved, we're tasked with sorting it all out.

Our counterparts in the human medical profession, where the practice of telemedicine is gaining more widespread acceptance, aren't faced with this same dilemma. They have the luxury of a verbal patient who, in most situations, can provide a first-person account to their caregiver of their history and symptoms. They can pinpoint pain, describe sensations, answer questions and follow instructions. Our patients cannot. As my colleague Matthew Edson, DVM, has said before: Human patients telling a physician they have a stomachache is very different than pet owners telling veterinarians they think their dogs have a stomachache.

Is there a place for telemedicine in veterinary medicine? Yes. I would argue that we've been using telemedicine for years and that those of us in the trenches have learned when it's helpful and when it's dangerous. The recently published AVMA position paper on telemedicine is very clear in specifying that telemedicine can be a useful tool within the context of an existing veterinary-client-patient relationship (VCPR) to improve client communication, document progress and aid in making clinical care decisions. However, I don't believe telemedicine alone, with technology as it exists today, is sufficient for establishing a VCPR.

My fervent hope is that veterinary clinicians in academia and private practice will not cave to corporate interests or public pressure on this issue. I hope that we confront greed and misinformation about telemedicine by educating the public and providing insight into the complexity of diagnosing disease in animals. I hope that primary care veterinarians will insist on staying in the driver's seat in the policy-making process as we move forward to protect the value of the services we provide. And, by doing so, I hope that we manage to balance the potential economic benefit of telemedicine with the safety of our patients and the integrity of our profession.

Dr. Dan Randall is the owner of Foothill Veterinary Hospital in Greenville, North Carolina, and a member of the AVMA Practice Advisory Panel on telemedicine. See AVMA 2016 Final Report on Telemedicine. 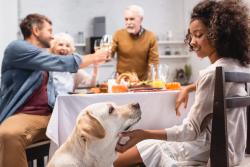