Brace yourself: Client satisfaction with orthotics vs. TPLO for cranial cruciate ligament injuries

Study investigates owner perception of management of dogs with nonsurgical vs. surgical methods, including outcomes, complications and after care.

Cranial cruciate ligament (CCL) disease is commonly seen in general veterinary practice. These injuries are painful and likely to develop into osteoarthritis in the future.1-4 The options for treating CCL disease include both surgical and nonsurgical methods. Many veterinarians advocate surgical treatment, and it has been proven effective to return the limb to normal use.5-10 Tibial plateau leveling osteotomy (TPLO) has been advocated as the best method to treat affected dogs. This procedure typically results in return to function for the limb. Extracapsular repair is another surgical option.5

In two case studies that included more than 2,000 patients treated with TPLO, significant postsurgical complications were found in < 7% of patients, with most showing no long-term adverse consequences.10,11 Based on these findings alone, TPLO seems like an optimal option, but sometimes clients are not interested in surgical methods and other modalities must be explored.

Nonsurgical treatment is usually recommended in dogs that weigh < 20 kg.12,13 Dogs > 20 kg have also shown improvement with nonsurgical means, but typically clients are advised to pursue surgery in these larger patients.14,15

Nonsurgical management of CCL disease has been improved somewhat with physical rehabilitation and external devices such as stifle joint devices.16,17 These braces are used to support, protect and align the injured limb.18,19 Custom-made orthotic devices have been successfully used to treat other orthopedic injuries such as carpal tendon injury.20,21 It has been surmised that stifle joint orthotics could also prove an effective nonsurgical management of CCL disease.19

Veterinarians want to know how to best answer client questions and advise owners on the best route of treatment. A survey was designed to evaluate the owner experience with medium- to-large breed dogs managed with either an orthotic device or TPLO surgery. There were 819 dogs in the orthotic group and 203 in the surgical group; the survey was administered to each group online. It contained demographic information, treatments performed, after care, complications, client compliance and satisfaction, and considerations that affected treatment choice.

The dogs in the study managed with devices were given a custom-made stifle joint orthotic, with the follow-up care overseen by veterinarians. The surgical patients were treated with the current gold standard of TPLO surgery. Only large and medium dogs were included in the study groups.

One quarter of the orthotics patients' owners responded (203/819) to the survey, while 37% of the surgical patients' owners responded (76/203). Respondents did not have to answer all questions, and multiple answers were allowed for some questions, so the number of responses varied for some questions. For both modalities, most owners reported that they would choose the same option again. But the TPLO group received much greater satisfaction ratings (98%; 62/63), saying the treatment outcome was excellent, very good or good. That number was only 86% (131/152) in the orthotic group. Most respondents in the surgical group, (98% or 62/63), reported that their dogs experienced little or no lameness after recovery from surgery. Only 5% of respondents reported complications from the procedure (4/76).

Comparatively, in the orthotics group 88% (128/146) said that their dog experienced little or no lameness after treatment. Skin problems were the most commonly reported adverse effect (46%; 70/151) in dogs treated with the orthotic device. Almost one third (32%; 22/69) of owners said that their dogs required medical attention during treatment with the device or multiple device adjustments. Compliance was encouraging, with 89% (134/151) able to get their dogs to wear the device after the initial adjustment period.

Veterinarians might consider an orthotic as an alternative when surgery is not an option but should be aware of the possible pitfalls, including after care issues. As always, communication is critical in managing owner expectations and creating the best experience for patient and owner. 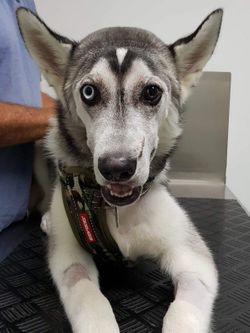 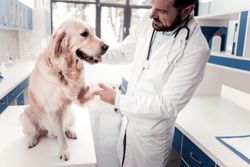 Read this before performing your next veterinary orthopedic exam