You might have heard last year's frightening outbreak of fungal meningitis in people caused by contaminated methylprednisolone acetate from a compounding pharmacy in the Northeast. A compounding pharmacy obtains raw ingredients for a drug and formulates them into a useable medication. They tend to operate below the radar of the FDA.

NPR did a great piece on the fungal meningitis outbreak, asking why anyone would use a compounding pharmacy if there is risk of the product being improperly formulated or contaminated. One answer: "[Hospitals] depend on compounding pharmacies for smaller dosages or preservative-free products. In a growing number of instances, it's a matter of national shortages with FDA-approved versions."

The third (and most concerning) reason we rely on compounding pharmacies is to replace unavailable commercial drugs. In 2012 we were forced to use compounded injections. If they had been contaminated with fungus or bacteria we would have been virtually guaranteeing severe infection. But we have no alternative if the FDA-approved drug is backordered. In an emergency, you need those drugs.

In my practice we keep a list of backordered drugs. For several months the only drug for canine heartworm was completely unavailable. Heartworm is fatal without treatment, but we were forced to treat the disease using alternative therapies. Might as well use crystals or holy water at that point.

So before the government does anything to shut down or regulate compounding pharmacies, maybe we need to ask why the FDA-approved drugs are so hard to get. 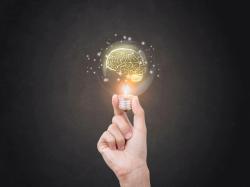