Are your veterinary practices financials AAHA-compliant?

Now you can check with the AAHA/VMG Chart of Accounts, recently made available to the veterinary profession as a free resource.

Aha! It's AAHA! (I've always wanted to write that down. Thanks for humoring me.)Sure, there are bigger things to dream about in the world than a standardized chart of accounts for veterinary practice accounting. But if one did exist, different veterinary practices could compare revenue and expenses-apples to apples-and learn from their differences without having to figure out the weird way Doctor A categorizes diagnostics and Doctor B likes to count wellness exams on his balance sheet.

Well, that time has come. Once restricted to AAHA members, the AAHA/VMG Standardized Chart of Accounts is now free to everybody right here, courtesy of AAHA and the study group organization Veterinary Management Groups (VMG).

Veterinary Economics Editorial Advisory Board member Gary Glassman, CPA, with Burzenski and Co. in East Haven, Connecticut, helped develop an earlier version of the chart of accounts, and he says the list includes more detailed categories for income and expenses that give practice owners more information about their business.

"[The chart of accounts] has become somewhat of a standard for those who look to do more with their accounting and don't just rely on their accountant without specific veterinary knowledge," Glassman says.

The availability of the free tool is a first success for the AVMA's Economic Advisory Research Council, which is tasked with "organizing and efficiently using the veterinary profession's scarce resources." And you can't really know your resources if you don't know what they're called, right?

The AAHA/VMG Standardized Chart of Accounts has been endorsed as the industry standard by the AVMA, VetPartners and the Veterinary Hospital Managers Association, as well as AAHA and VMG.

"[This] will allow practitioners to better organize their practice's finances in line with generally accepted accounting principles," reads a release from organizers. "Additionally, AAHA recommends all accounting firms working with veterinary practices adopt the standardized codes." 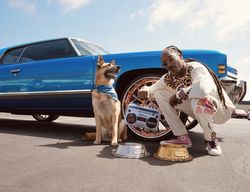