The first Japanese practice earns accreditation, paving the way for others

The American Animal Hospital Association (AAHA) expanding its reach with its first accreditation outside North America. Recognizing the importance of veterinary care best practices across the globe, AAHA announced Daktari Animal Hospital in Tokyo, Japan, as the first overseas practice to earn accreditation from the organization.

The hospital, founded in 1964 and led by veterinary trailblazer Dr Gen Kato, is known for its state-of-the-art technology, patient care and dedication to the human-animal bond, according to an organizational release. Kato has been a longtime and active member of AAHA.

“We are committed to partnering with veterinary organizations worldwide to raise the global standard of veterinary care,” says Garth Jordan, CEO of AAHA, in the release. “AAHA standards are readily adopted locally with appropriate adaptations, providing a common language and ‘North Star’ for all veterinary practices regardless of their location.”

Daktari Animal Hospital, which has 3 facilities in Tokyo and affiliate locations throughout Japan, offers a variety of services that include wellness and preventative care, 24-hour emergency care, and cancer treatment. Additionally, Daktari’s Tokyo Medical Center also houses the CT Center that is available for use by other area veterinary hospitals.

As with typical AAHA accreditations, a large portion of Daktari Animal Hospital’s evaluation was performed on-site. An AAHA leadership team recently visited Tokyo to conduct the hospital’s assessment and meet with Kato and his staff. Having found that international accreditation comes with its own unique set of challenges, the AAHA trained Japan-based veterinary professionals to serve as agents for the organization in Japan, to help support the accreditation efforts there.

“Certain things incorporated into North American standards simply aren’t feasible for practices in other countries,” said Anthony Merkle, CVT and regional manager for member experience at AAHA, who led the process, in the organizational release. “For example, our standards dictate a certain type of [personal protection equipment] that may not be available in another country, so we needed to make adjustments for that.”

Other considerations for adapting AAHA standards may include North American government regulations that don’t mesh with other countries’ regulations or the price of certain equipment that makes aligning with a given standard cost prohibitive.

Once a practice is accredited, AAHA provides ongoing support and recommendations for maintaining and exceeding the standard of care established, according to the organization. For international practices, this is especially important as they may be among the first accredited in their geographic location and can benefit from the connection to other organizations following the same standards.

For Jordan and the AAHA team, the accreditation process has been educational and eye opening. “The level of detail that goes into accreditation is amplified when it’s translated to another culture,” said Jordan. “It’s been a great reminder of how dedicated AAHA accredited members are to the standard of care they provide to their patients. We are extremely proud of the work we’re doing at AAHA to help our members simplify the journey toward excellence in their daily practice.” 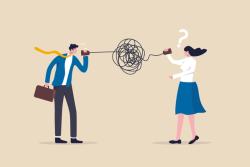 Here’s how to communicate with an “out of office” workforce 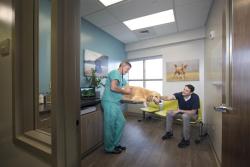 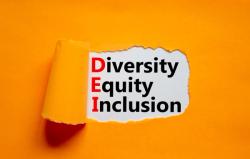 Profession-wide program to enhance diversity in veterinary medicine is announced