5 imaging gems for veterinarians: How digital radiography can make your practice sparkle

Worried that DR will become obsolete as soon as you make the purchase? Dont worryjust like fine diamonds, this technology holds value for years to come.

Diagnostic imaging technology has become positively dazzling in the past 10 years, but many practitioners are worried about buying a digital unit that will lose its luster in a year-just like their latest smartphone.

Gem photos: Shutterstock.comHere are five sparkling ideas to consider if you're wondering how digital imaging will work for you.

Gem 1: Most CR and DR units can work with your existing x-ray table. Although you can upgrade your table when you switch to CR or DR, newer DR plates do not need to integrate with your x-ray tube, and CR systems work just like a standard radiographic plate and do not require any upgrade to your existing unit.

Gem 2: You can take three views instead of two. As a radiologist, I still have veterinarians send me single lateral or two-view radiographs of the thorax and abdomen looking for abnormalities. Although this is usually enough to make a diagnosis, by taking the opposite lateral you increase the chance of seeing lesions by 33 percent. (Get it? You're getting another radiograph, so now you have three chances to see lesions rather than just two).

Also, things are hidden on the down side that you can't usually see until you flip the patient over to allow gas in the region to provide radiographic contrast with the soft tissue and fluid that may be present, especially in the abdomen. For example, in most dogs linear foreign bodies get caught in the pylorus of the stomach. A right lateral radiograph puts that side down so it's surrounded by fluid. Therefore the soft tissue of the foreign body blends with the fluid in the stomach and you can't see the lesion. If you're worried about a linear foreign body, take a left lateral radiograph to put gas in the pylorus, allowing you to see the foreign body (Figure 1).

Figure 1A: This left lateral radiograph shows a foreign body (sock) within the pylorus of the stomach and the descending duodenum. Note that you can barely see the linear striations of the lesion on the right lateral radiograph (Figure 1B), but it is clearly seen on the left lateral when gas is present in the fundus. (Radiography images courtesy of Dr. Anthony Pease.)

Gem 3: Contrast studies can still be done, but think of contrast medium like an overwhelming force-a little goes a long way. This may not make intuitive sense, as contrast medium is supposed to highlight abnormalities and is heavier than liquid so it settles, but remember that contrast medium is so opaque it will overpower and hide anything it covers. For example, consider a double-contrast cystogram. If you put too much iodinated contrast medium in the urinary bladder, you'll miss the stone. Also, for upper gastrointestinal tract examinations in stable patients, it's sometimes easier to see the foreign bodies four to six hours after administration of barium since the barium will stick to the foreign material after the rest of the barium clears (Figure 2). Just remember, if you're going to ultrasonographically examine the abdomen as well, do it before administering barium as this contrast medium will shadow and can be mistaken for a foreign body.

Figure 2A: This radiograph was obtained six hours after barium administration. Note all the barium is within the colon, except for a focal region in the stomach. This was a gastric foreign body (Vetrap) that was retained in the stomach.

Gem 4. Cross-table radiographs can help, especially in a traumatized patient. Older digital units were built into the x-ray table, so practitioners were not able to take cross-table projections, but today cross-table radiographs can help identify intraperitoneal gas. Do this by placing the animal with the left side on the table so the gas can rise. Then position your x-ray tube across the table to get a ventrodorsal projection (Figure 3). This works really well for femur fractures too, so you don't have to extend the leg and pull on the fracture to get a good diagnostic view of the leg. You can also look for cranial mediastinal masses in a cat with a large volume of pleural fluid by standing the cat upright and obtaining a ventrodorsal view, allowing gravity to move any fluid caudally to allow evaluation of the cranial mediastinum. These techniques have largely been replaced by ultrasound, but if you do not have the equipment or the skill to identify these abnormalities with ultrasound, cross-table imaging can help.

Figure 3: This image shows the horizontal beam projection to look for free gas in the abdomen. It is basically a ventrodorsal projection with the patient on its left side. Note the marker in the upper left corner of the cassette is an "R," indicating the right side of the patient, which is the up side.

Gem 5: Positioning is key. The easier it has become to take radiographs with digital technology, the more likely it is for clinicians to cut corners because of the speed with which images are processed. Lost is the art of positioning patients with a straight lateral and using wedge pads and positioning devices. Largely this comes from a lack of willingness to sedate animals because it takes added time. But using sedation to minimize patient stress and provide the ability to use sandbags to minimize technicians' exposure to radiation will make radiographs go faster in the long run and provide a better image to interpret. The more oblique the position, the more likely we as radiologists are to miss lesions.

There are many great reasons to embrace the glittering world of digital imaging, the best of which is the ability to get nearly instantaneous feedback from specialists all over the world with telemedicine. But also, the degree of clarity and the absence of poor exposures seen with conventional radiographs make digital imaging as revolutionary to veterinary medicine as cell phones were to communication. Just make sure you take multiple views to get as much information about the patient as possible!

Dr. Anthony Pease is an associate professor in the Department of Small Animal Clinical Sciences at Michigan State University's College of Veterinary Medicine. 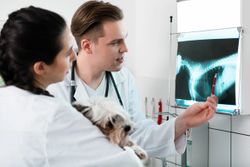 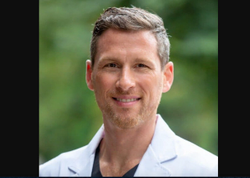 Episode 16: The latest on disk herniation in dachshunds