Labeling error leads to product withdrawal due to potential for patient harm.

This article has been updated to reflect an expansion of the original recall.

C.O. Truxton Inc. has expanded a recall of phenobarbital that began with a label mixup affecting tablets labeled 15 mg. Those pills were discovered to be 30 mg, which could have led to overdosing of people and pets receiving the medication, according to a release from the U.S. Food and Drug Administration (FDA).

In late April the company voluntarily recalled lot 70952A, which contained at least one bottle of 30-mg phenobarbital tablets labeled as 15 mg, but several weeks later it expanded the recall to cover multiple lots of 15-mg, 30-mg, 60-mg and 100-mg phenobarbital tablets, as well as one lot of 50-mg amitriptylene tablets. C.O. Truxton has not received any complaints related to products included in the expanded recall but is exercising “an abundance of caution,” the FDA states.

The mislabeled product could expose people or pets to potential overdosing that can cause severe intoxication leading to cardiogenic shock, renal failure, coma or death, although the manufacturer has not received any reports of adverse events, the FDA states.

C.O. Truxton is notifying all customers on record who purchased affected product by U.S. mail, and the company is arranging for full-credit returns or replacements of recalled product. Anyone who possesses recalled product should stop using the product and return it to the place of purchase. 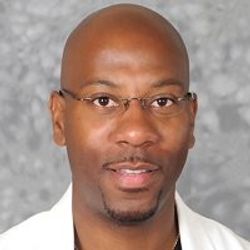