During his presentation at the 2021 New York Vet Show, Dr Chris Walzer detailed the latest research on threatening zoonotic diseases affecting human and animal health across the globe.

Zoonotic disease is an escalating threat to the health of humans, animals, and plants, according to Chris Walzer, DECZM (wph), executive director of health for the Wildlife Conservation Society. Emerging and re-emerging infectious diseases, as well as the amplification of noninfectious diseases, are increasingly threatening the biological infrastructure of life around the world, he explained.

While presenting a session on COVID-19 and novel zoonotic-origin pathogens, at the 2021 New York Vet Show in New York, New York, Walzer said that scientists have estimated about 1.7 million viruses in mammals and birds that have not yet been discovered. These undiscovered viruses include about 700,000 potentially zoonotic in nature, he said.

Notable known zoonotic diseases such as Ebola, HIV, and simian immunodeficiency viruses from nonhuman primates, as well as SARS-CoV—the virus that causes COVID-19—have spilled over to the human population with devastating effect, Walzer said. Animals have been likewise affected by infectious diseases such as African swine fever, chytridiomycosis, and white-nose syndrome, while wheat rust and cassava mosaic disease have spread among plants.1

One Health, One World

The One Health principle is an approach to infectious diseases that affect humans, animals, and plants with the notion that all life is connected. The goal of One Health is to achieve optimal health outcomes for all living things, according to Walzer.

Addressing the environmental impact on health, Walzer said illness passed between humans and animals is being exacerbated by climate changes. For example, extreme weather compromises fertile land, which leads to undernutrition and micronutrient deficiencies, he explained.

“Fifteen years ago, ‘climate change’ was not mentioned in a One Health context at all,” noted Walzer.

The commercial trade and consumption of wildlife by humans have also been linked to some zoonotic diseases, according to Walzer. One example is the Ebola virus.2

According to the WHO, the Ebola virus is transmitted to humans through blood, secretions, organs, or other bodily fluids from wild animals, and is spread among humans through human-to-human transmission. Fruit bats are believed to be natural Ebola virus hosts, but primates, forest antelope, and porcupines have also been known to become infected.2

Walzer said the development of and access to nutritional alternatives for meat is essential in regions that depend on wildlife for food.1

“Most of the emerging infectious diseases [in humans] are zoonotic in nature, and most are coming from wildlife,” Walzer said.

According to a WHO study, the source of the COVID-19 pandemic has not been identified. However, investigators noted that many of the pandemic’s early cases were associated with markets that sold wild and domestic animals. Although inconclusive, the study’s findings indicated “possible” to “very likely” scenarios of a zoonotic nature, including an introduction to humans through an unidentified intermediate host.3

Walzer said the links between humans, wildlife, domesticated animals, and plants must be increasingly recognized. He said access to nutritional alternatives is needed in regions where wild meat is used as a main source of food.1

Humans must also assume responsibility for the negative externalities caused by wildlife consumption and trade, and work to build back a healthy and sustainable environment, he added.1

“The conservation and protection of biodiversity, which interwoven with intact and functional ecosystems, provides the critical, foundational infrastructure of life, health, and well-being on our planet,” Walzer said in a prepared statement. 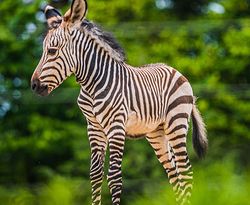