Why do dogs and cats eat grass?

Dogs and cats are often observed eating grass and other plants of no apparent value.

Dogs and cats are frequently observed eating grass and other plants of no apparent nutritional value. Unfortunately, little on this topic appears in the veterinary literature. Although the prevalence of plant eating in domestic dogs and cats has not been documented, wild canids and felids in nature are known to eat grass and plants—plant material has been found in 2% to 74% of scats and stomach content samples of wolves and cougars.1-6

Clients commonly ask questions about plant eating in their pets: Do animals eat grass to induce vomiting because they're sick? Do they eat plants because they have a dietary deficiency? In a recent study by Dr. Karen Sueda, Dr. Kelly Cliff, and myself, three surveys of pet owners were conducted to find answers to these and other questions about plant eating in dogs.7

Our surveys were designed to test the hypothesis that most plant eating in dogs is associated with illness or a dietary deficiency and that ingestion of plant material is usually followed within a few minutes by vomiting.

Next, we surveyed a group of dog owners (n=47) who had brought their dogs to our teaching hospital for outpatient care. We asked these owners for their observations on their pets' consumption of plants and the animals' behavior before and afterward. Of this group, 79% had observed their dogs eating plants (grass was the plant most frequently consumed). Thirty-three owners answered questions about their dogs' behavior before and after eating plants. Of these owners' dogs, signs of illness were infrequent (four dogs), and vomiting afterward was only occasional (six dogs).7

Faced with the prospect of a null hypothesis—that plant eating is not particularly related to illness or vomiting—we conducted a large Web-based survey targeting owners of plant-eating dogs. More than 3,000 owners responded to our survey. We asked these owners questions about their dogs' plant-eating habits and diet, and we gathered data on the dogs' sex, gonadal status, breed, and age. After applying inclusion criteria (e.g. excluding responses from owners who spent less than six hours a day with their dogs, and excluding dogs that appeared to only chew but not ingest plants), we narrowed the usable surveys to 1,571. Our findings included the following:

Our study revealed that a few dogs do appear to be ill before eating plants and that vomiting does sometimes follow plant eating. While we attempted to exclude dogs with known medical problems, it is possible that subclinical gastric or intestinal distress occasionally evokes grass eating, which may facilitate vomiting. In fact, we found from our large study that if dogs showed signs of illness before eating plants, they were more likely to vomit afterward than were dogs that did not show signs of illness beforehand.

In all the surveys, we asked specific questions about the dog's diet. There was no indication that dogs fed primarily table scraps or raw food were more prone to grass eating than those on a commercial, nutritionally balanced diet. Nor was there any indication that dogs receiving less fiber in their diets tended to eat plants more than those getting more fiber.

In an ongoing study with my colleagues Drs. Sueda, Melissa Bain, and Gretel de la Riva, preliminary findings suggest that plant eating is less common in cats than in dogs. As in dogs, cats typically do not appear to be ill before eating plants nor do they regularly vomit afterward. Our preliminary data suggest that cats eat more nongrass plants than do dogs.

Our current hypothesis is that plant eating is a common behavior that usually occurs in normal dogs and cats. It is generally unassociated with illness or a dietary deficiency but reflects an innate predisposition inherited from wild canid and felid ancestors. More studies are needed, but plant eating likely serves a biological purpose. One explanation is that plant eating played a role in the ongoing purging of intestinal parasites (nematodes) in wild canid and felid ancestors (that were always exposed to intestinal parasites). As observed in wild chimpanzees, which eat whole leaves from a variety of plants, the plant material passes through the intestinal tract, increasing intestinal motility and wrapping around worms and thereby purging the tract of intestinal nematodes.8,9 In our study, younger animals were observed to eat plants more frequently than did older animals.7 Perhaps young animals eat plants more often because they are less immune to intestinal parasites and are actively growing, thus nutritional stress could be more costly than in adults.

When owners ask about their pets' tendency to consume plants, let them know that their pets are fairly typical—most dogs and cats consume some plant material. In addition, plant consumption is not usually associated with gastrointestinal illness but instead may be a trait inherited from their wild ancestors. However, if the dog or cat appears ill before eating plants or if vomiting persists, a medical checkup is in order. Also, advise owners to keep their grass-eating dogs and cats away from chemically treated lawns and toxic plants.

Benjamin L. Hart, DVM, PhD, DACVB is a distinguished professor emeritus in the Department of Anatomy, Physiology and Cell Biology at the University of California Davis' School of Veterinary Medicine. Dr. Hart's research is supported by UC-Davis' Center for Companion Animal Health. 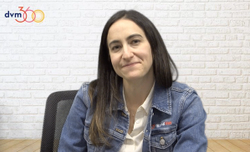