When nature gives you Zika virus ... cure cancer with it! 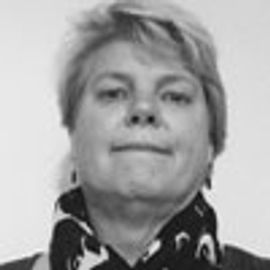 New research shows that Zika kills the kind of brain cancer cells that are hardest to treat.

Brain cancer stem cells (left) are killed by Zika virus infection (image at right shows cells after Zika treatment). A new study shows that the virus, known for killing cells in the brains of developing fetuses, could be redirected to destroy the kind of brain cancer cells that are most likely to be resistant to treatment. Photo courtesy of Washington University School of Medicine. How often have you thought, “There is no good reason for mosquitoes!”?

They make veterinary patients pruritic and carry heartworm microfilariae and West Nile virus. In humans, they spread afflictions such as malaria, yellow fever and Zika virus infection. So when researchers look at one of those mosquito-borne illnesses and say, “I can make lemonade out of that,” it makes one want to stand up and cheer.

A recent release from Washington University School of Medicine in St. Louis states, “While Zika virus causes devastating damage to the brains of developing fetuses, it one day may be an effective treatment for glioblastoma, a deadly form of brain cancer. New research … shows that the virus kills brain cancer stem cells, the kind of cells most resistant to standard treatments.”

Each year, glioblastoma is diagnosed in about 12,000 people in the United States (including Senator John McCain). After surgery, chemotherapy and radiation treatment, a small population of glioblastoma stem cells often survives and soon begins producing new tumor cells. Because of their neurological origins and ability to create new cells, glioblastoma stem cells reminded the researchers of neuroprogenitor cells. Zika virus is known to specifically target and kill neuroprogenitor cells.

The researchers tested whether the Zika virus could kill stem cells in glioblastomas removed from human patients. The virus spread through the tumors, infecting and killing the cancer stem cells while avoiding other tumor cells. This suggests that Zika infection and chemotherapy-radiation treatment could be used as complementary treatments, with one killing the bulk of the tumor cells and Zika attacking the stem cells.1

If Zika virus were used in people, it would need to be injected directly into the brain. If the virus were introduced elsewhere, the immune system would clear it before it could reach the brain, the release states. The idea of injecting a virus known to cause brain damage into the brain is disquieting, but its targets-neuroprogenitor cells-are rare in adult brains. Other studies using brain tissue from epilepsy patients have shown that the virus does not infect noncancerous brain cells. As another safety measure, the researchers introduced mutations that weakened Zika's ability to combat cell defenses against infection. The mutant strain still succeeded in killing the cancerous cells.