An exploration of exotic animal capture in ancient Rome and more fuel behind our love of goats-plus cuteness overload from down under.

If this cat only knew what some of its ancient predecessors experienced in this very spot ... (Getty Images)The stockpiling behind the spectacle

Remember the scene in the movie “Gladiator” where Russell Crowe's character must fight off not only fellow gladiators but tigers that spring up from traps beneath the Colosseum? Using exotic animals as foes of humans and fellow animals alike was a common spectacle in ancient Roman culture.

Have you thought about the work it took to get said animals there in the first place? An article in a recent Atlantic Monthly discusses just such practicalities of animal capture and killing. Most of the animals had to be caught and then transported from Africa and other exotic locales-there was no domestic breeding.

This article is admittedly a tough read from an animal welfare standpoint. But there are bright spots-a crowd, moved by the desperate gesticulations of cornered elephants, turns and flings curses on famed general Pompey the Great. And Marcus Tullius Cicero, the Roman orator and governor, reportedly disdained the practice of watching animals kill or be killed, thinking it showed the worst of human nature.

Now, of course, we find this type of entertainment truly inhumane. But we still see vestiges today-big game hunts complete with “trophies” on the wall and, as the article mentions, a direct relative of the ancient Roman practice-bull fighting, which continues in some countries.

Read “The exotic animal trackers of Ancient Rome” from the Atlantic Monthly here.

Kids do the darndest things

"Can I get a lift to the vet?" (Getty Images)One web post got our goat-in a good way-discussing a recent study from Biology Letters. In the study, goats, when confronted with a box that was impossible to open, turned to nearby humans-literally-seeking help. This looking to people for assistance is seen in very few species, namely dogs.

This unexpected finding may prompt questions of how the relationship of goats to people has evolved and how it will continue to evolve. Will you soon need to add a silhouette of a goat to your companion animal practice signage?

Read “Goats: The new dogs” from Science of Us here.

Who are you calling cute?

Browsing our options for viewing on Netflix, we came across an import from Australia: “72 Cutest Animals.” This series of half-hour episodes explores 72 candidates for “cutest” animal on Earth. Habitat and husbandry and other factoids reported by experts familiar with the animals are combined with beautiful clips of the candidates in action. The often corny background music makes it feel a little, well, corny (definitely kid-friendly), and the claim to “cutest” seems arbitrary, which the show readily admits. But in case you're up for a binge watch of the feathered and fluffy (and finned and scaled …) kind, this series is a chance to get up close and personal with a few species you've likely never encountered before. 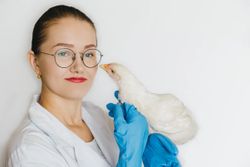 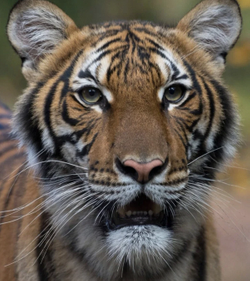