The weight of euthanasia baggage 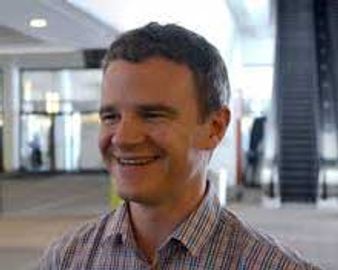 Nicol is a graduate of Glasgow University Veterinary School in Scotland. He initially set out with plans to become a surgeon, but almost immediately was drawn into general practice by the interaction with pet owners and the problem-solving opportunities that cropped up each day. Initially, this meant finding and fixing animal problems, but quickly it became clear that there were plenty of problems with how practices worked as well.

Though euthanasia may be a part of everyday life at the clinic, the procedure is anything but routine for veterinary professionals, says Fetch dvm360 conference speaker Dave Nicol, BVMS, MRCVS.

"We have a unique position in society with our proximity with death," he says. "There really isn't any other profession-certainly not a caring profession-where you see it as up-close and personally as a vet does. And by that, I mean we induce it. [Human] doctors don't do that."

Because of the gravity of the circumstances and because the veterinarian is relied upon to be the steadying force for the pet, owners and team, Dr. Nicol says the process can take its toll with repeated occurrences.

This is no critique of euthanasia, however.

"That is not to say it can't be a beautiful thing. That isn't to say it isn't the right thing to do in a lot of cases," Dr. Nicol says. "But I think it's important to acknowledge that it's a big deal."

More about veterinarians and mental health

Probing the link between veterinarians' suicide risk and performing euthanasia.

Instead of engaging in a healthy dialogue about the impact of a career filled with such heaviness, he says veterinarians often compartmentalize the action from the emotion that goes with that action.

"The moment when that animal transitions from being alive to dead-I'm willing to bet most practitioners can put their finger on that exact moment. There's just a flicker in the eyes, and it just goes out," Dr. Nicol says.

The feelings that follow, at least for Dr. Nicol, are complicated and difficult to describe. "It's not regret, it's not feeling bad, but there's an impact-and it's not a positive impact," he says.

Naturally, what goes in must come out one way or another. While he concedes that there's no documented evidence connecting the two, Dr. Nicol wonders aloud if veterinarians' unique proximity to death is related to the profession's disproportionate suicide rate.

"We seem to readily go to that dark space and go over that line four times more frequently than any other profession," he says, adding that he has carried around "euthanasia baggage" as well-especially when the euthanasia was performed for economic reasons.

Dr. Nicol says veterinary professionals need to be able to discuss these complicated emotions openly. During the procedure, he focuses on getting the job done, but he later allows himself to connect with the emotions accompanying that job.

Watch the video to hear more in Dr. Nicol's own words: