As a veterinary professional, no doubt you’ve come across some, ahem, peculiar pet names in your practice. But get a load of these.

Pet puns are always a “purrfect” way to brighten up a cloudy day, but some pet names are beyond punny; they’re downright hysterical (and often bizarre). To celebrate the creativity of pet owners, pet health insurance provider Nationwide creates an annual list of the most clever, creative and wacky pet names from around the country. And this year’s list does not disappoint.

After combing through the company’s database of more than 600,000 insured pets, Nationwide put what it thought were the zaniest dog and cat names to a public vote.

“The results from our wacky pet names competition illustrate the thought and creativity pet owners put into naming their furry family members,” said Scott Liles, vice president and chief pet insurance officer for Nationwide. “Pets hold a special place in our members’ hearts, and as such, many give them names with sentimental — and sometimes silly — meaning.”

Introducing the five dogs and five cats with the wackiest names of 2017.

Name origin: The first part of this golden retriever’s name stands for one of his owner’s favorite hometown treats — donuts. The second originated from the puppy's first trip to the veterinary office. Staff remarked that the pup looked like a “little slab of butter sitting on the table.” The final part of the pup’s name honors one of Boston’s nicknames — Bean Town.

Name origin: The beauty and yellow coat of this female Lab “reminded us of another Texas blonde — Farrah Fawcett, so we put the two together, and the name Farrah Pawcett was created,” her owners said.

Name origin: When the family of this Yorkshire terrier was deciding between the names Fiona, Penny and Pickles, they decided to mash them all together into one long name.

Name origin: This pup’s owner lost her 3-year-old boxer, The Dudeness, to an aggressive type of cancer. When she decided to bring a new boxer puppy into the family, she chose to honor her The Dudeness’s legacy by dedicated his name to her new dog.

Name origin: “We came up with his first name after seeing him run around in the snow at our house,” said the owner of this great Pyrenees/Labrador retriever mix. “He looked like this big white furry animal running through the snow, almost like a big Yeti. We started calling him that and he responded.” The second part of his name came from a specific time when spaghetti spilled on the floor and Yeti gulped it up in seconds.

Name origin: This stray kitty was adopted a coupe who could not decide on a name for their new pet. "We were discussing names when the kitten walked away from us and I mentioned to [my husband] that she had had a cute little booty," the cat’s owner said. "My husband was not in agreement with that as a name, so I suggested 'Ham Sandwich.' My thought was you can ever go wrong with a ham sandwich when you're hungry, so why not for a pet name?"

Name origin: As huge fans of the "Star Wars" films, this cat’s owners tossed around movie-related names until this name stuck permanently.

Name origin: "I thought Winston suited him well, but I wanted his name to be unique," said this cat’s owner. "The name just kind of came to me, and it fit perfectly. People love it and it's received quite a few laughs."

Name origin: "He was fun and loving inside the house, but wild and loved to hunt birds outside," said this cat’s owner. "We also joked that he was fed the finest food since his first meal was crab. He reminded us of the character Jay Gatsby, and from that we formulated The Great Catbsy."

Name origin: "We're both big 'Star Wars' fans so we knew it was a sign," said this cat’s owner. "She was just kind of lying there, flicking her tail just like the scene from the movie. We decided to take her home and added 'the butt' to make her name fun."

This week on dvm360: This week's veterinary news, plus an exciting announcement 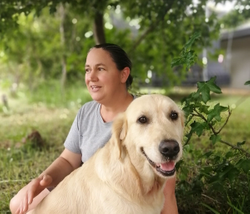