Relief groups to deploy veterinarians, technicians to Japan in wake of catastrophic earthquake and tsunami.

The 8.9 magnitude earthquake, aftershocks and subsequent 30-foot tsunami left 2,700 people dead and at least another 3,700 missing. Government officials estimate that the death toll could climb to 10,000. Evacuations have displaced close to 140,000 residents to date, and fears over a nuclear meltdown intensified on Tuesday, sending world financial markets lower.

The exodus of residents from Japan could be creating another kind of catastrophe, reports Dr. Cathy King, executive director and founder of WorldVets. In an interview with DVM Newsmagazine, King reports the relief group today deployed Adrien Zap, a veterinary technician who has amassed significant experience, as an international first responder. Zap will be flying into Tokyo and traveling to nearby Negato, outside of the earthquake zone, to join various animal-welfare organizations currently coordinating rescue efforts for pets, horses and livestock.

Zap's mission will be to assess the animal-health threat, determine the needs of rescue groups and offer aid.

On Friday, a larger veterinary team is scheduled to travel to Japan with even more supplies. This team includes veterinarians Cathy Thiesen and Koji Fukumura; veterinary technician Alexa Diaz and translator Jennifer O'Donnell.

"With the nuclear threat, we felt it would be more prudent just to have one person go initially. If things look really bad, they need to get out of there right away."

U.S. relief agencies, however, do not have a clear assessment of the impact to animal health. But groups like the Humane Society of the United States (HSUS) and Humane Society International (HSI) dispatched response teams. And other groups like the American Veterinary Medical Foundation (AVMF) and International Fund for Animal Welfare were all planning aid and/or a relief response.

"We just don't have enough information at this point," King says. "The one thing that we do know is that a lot of people are fleeing the country, and they are leaving their animals behind."

In the early days of the crisis, the Japanese government blocked entry by animal relief teams into the hardest hit areas.

"No one is allowed in there yet. That will change as they get things addressed," she adds.

WorldVets is coordinating several four- to five-member relief teams that will be deployed for the next three to four weeks if needed.

"We anticipate this is going to be an ongoing effort that lasts weeks or even months," Kings says.

The group is also coordinating donations for everything from antibiotics, exam gloves and wound-care items to surgery packs. Pet food is not needed at the current time, she adds.

To donate or for more information go to WorldVets.org.

IFAW also is getting teams together to send to Japan, if needed. IFAW's Emergency Relief Director Dick Green says the group is keeping in touch with the Tokyo Veterinary Association (TVA). While veterinary officials are trying to assess the animal impact following the disaster, at least two aquariums were damaged, Green says.

HSI and HSUS also have deployed assessment teams to Japan, and have reached out to local organizations to offer emergency support and veterinary assistance.

The American Veterinary Medical Association's charitable arm, AVMF, also is preparing to respond to the disaster, anticipating animal-response efforts will begin in the "next few days to weeks," the organization reports.

Donations can be made to AVMF through its web site. 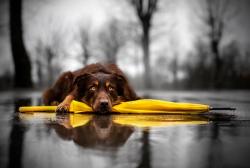 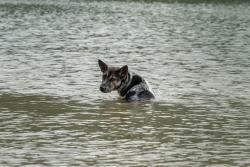