A nonsteroidal anti-inflammatory drug (NSAID) derived from propionic acid, ibuprofen has analgesic, anti-inflammatory, and antipyretic effects. It is commonly used in humans for short-term management of pain and fever and for long-term control of arthritic pain. It comes in various strengths. For over-the-counter use, it is available in 50- and 100-mg capsules or tablets (often chewable) and 20 and 40-mg/ml liquids for children, and in 200-mg tablets and capsules for adults. Prescription-strength tablets are 400, 600, and 800 mg. Ibuprofen also can be found combined with other medications such as pseudoephedrine hydrochloride or hydrocodone bitartrate. Common brand names of ibuprofen preparations include Advil (Wyeth), Midol (Bayer HealthCare), and Motrin (McNeil Consumer), although ibuprofen also is available in many generic formulations.1

In humans, ibuprofen taken at standard dosages appears to have a wide margin of safety. In general, there are fewer side effects than with similarly dosed aspirin.1 However, in dogs, cats, and ferrets, ibuprofen has a narrow margin of safety and is a frequent toxicosis reported to the ASPCA Animal Poison Control Center (APCC). In one review of ASPCA APCC data on calls reporting generic drug exposures in dogs and cats, ibuprofen was the most common drug involved.2 Dogs were the animals most commonly poisoned by ibuprofen, and most exposures were acute—usually the result of ingestion of numerous tablets after a dog chewed open a bottle (ASPCA APCC Database: Unpublished data, 2001–2003). Some ibuprofen formulations have a sweet coating and are readily eaten by dogs. In some cases, ibuprofen was administered to pets in the mistaken belief that it was safer than aspirin (ASPCA APCC Database: Unpublished data, 2001–2003).

While the exact mechanism of ibuprofen's action is not fully understood, it is generally thought that ibuprofen inhibits the conversion of arachidonic acid into various prostaglandins by reversibly blocking the actions of cyclooxygenase (COX) enzymes. By inhibiting COX-2 enzymes, ibuprofen reduces the production of inflammatory mediators such as prostaglandin E2 (PGE2) and prostaglandin F2α (PGF2α).3 However, ibuprofen also inhibits COX-1 enzymes, which can reduce the production of substances necessary for maintaining the normal gastric mucosal barriers, renal blood flow, and platelet aggregation.1

Ibuprofen is highly protein-bound (90% to 99%).1 Elimination is through hepatic biotransformation to inactive metabolites excreted by kidney filtration and secretion. About 70% of the drug is excreted in the urine as metabolites or unchanged drug; the rest is lost through feces. Marked enterohepatic recirculation occurs.5 In dogs, the elimination half-life is 3.9 to 5.3 hours.4

Ibuprofen has a narrow margin of safety in dogs. One recommended dosage is 5 mg/kg/day, divided.3 However, signs of toxicosis have been seen with a dosage of 8 mg/kg/day for 30 days. At this dosage, no clinical signs were seen, but the dogs developed gastric ulcers and intestinal inflammation.6 At 16 mg/kg/day, vomiting, diarrhea, melena, and weight loss were evident by the eighth week of administration.6 In one case report, a dog given 3 mg/kg every other day for six weeks developed a fatal gastric perforation.7 Renal insufficiency or failure, impaired hepatic function, hypoalbuminemia, stress (such as recent surgery), or concurrent administration of glucocorticoids may increase the toxicity of ibuprofen administered long-term.7,8

An acute ibuprofen overdose in dogs, cats, ferrets, and humans is associated with gastrointestinal, renal, and central nervous system signs. Gastrointestinal signs are thought to be due to the inhibition of COX-1 enzymes and the loss of normal gastric protective mechanisms, though this may be an oversimplified explanation of the mechanism.9 Vomiting, abdominal pain, hematemesis, and diarrhea can be seen within 24 hours of ingestion.10 Single, acute overdoses as low as 25 mg/kg can cause vomiting in dogs (ASPCA APCC Database: Unpublished data, 2003).

At doses greater than 175 mg/kg, the risk of acute renal failure in dogs increases. In the kidney, prostaglandins are responsible for vasodilation and maintenance of the renal medulla's blood flow, especially during hypovolemic states. Ibuprofen blocks these vasodilatory prostaglandins. The resultant diminished renal blood flow can lead to acute interstitial nephritis, papillary necrosis, renal-tubular necrosis, and acute renal failure. Preexisting renal disease, hypovolemia (possibly from vomiting and concurrent dehydration), and hypotension can increase the risk of renal toxicity from ibuprofen.3

At doses greater than 400 mg/kg, central nervous system effects can be seen in dogs, including depression, seizures, and coma.11 The mechanism for these signs is unknown. The minimum lethal dose in dogs is about 600 mg/kg.11 In addition, hepatotoxicity (especially with long-term use) and inhibition of platelet function have been reported in humans.5

Table 1 shows signs associated with increasing doses of ibuprofen in dogs. Cats, because of limited glucuronyl-conjugating ability, are thought to be twice as sensitive as dogs to ibuprofen's toxic effects.10

Table 1 Ibuprofen Dose and Associated Signs or Outcomes in Dogs*

Ferrets are especially sensitive to ibuprofen's toxic effects. Because of their small size (an adult weight of 0.5 to 2 kg),12 ingestion of a single 200-mg tablet can result in a dose of 100 to 400 mg/kg. In one review of cases received by the ASPCA APCC, 93% of ferrets ingesting ibuprofen developed neurologic signs, including depression, coma, and ataxia. Slightly more than half the ferrets developed vomiting or diarrhea. The minimum lethal dose in ferrets was about 220 mg/kg.13

After an acute ibuprofen overdose, rapid and aggressive decontamination, as with most toxicants, is important.2 In clinically normal animals (i.e. those not vomiting or showing neurologic signs), attempt emesis, especially within two hours of the ingestion. In animals exhibiting neurologic signs and not, therefore, candidates for emesis, gastric lavage or enterogastric lavage may be useful. Administer multiple doses of activated charcoal (every six to eight hours for 24 hours) in all affected animals because ibuprofen undergoes enterohepatic recirculation.10,11

Other treatments should be directed at preventing or treating possible complications of either acute or chronic exposure. For possible gastrointestinal upset and ulceration, use gastrointestinal protectants. For ingestion of low doses of ibuprofen (< 100 mg/kg), over-the-counter liquid antacids containing aluminum or magnesium hydroxide can be used.11 Do not use agents that contain bismuth subsalicylate (such as Pepto-Bismol [Procter & Gamble] and newer formulations of Kaopectate [Pfizer]) because of the possible interaction of salicylates with the ibuprofen. For ingestion of higher doses or when gastrointestinal signs have occurred, a combination therapy of acid reducers (H2-blockers or proton-pump inhibitors), sucralfate (liquid or a slurry of tablets), and misoprostol may be used (Table 2). Continue treatment for seven to 14 days or more, depending on the dose and clinical signs. Control vomiting with an appropriate antiemetic. If gastrointestinal bleeding is severe, transfusions may be necessary. Treat gastrointestinal perforation surgically.10,11

At doses that may cause renal failure, diuresis with intravenous fluids given at twice the daily maintenance rate (120 ml/kg/day) for at least 48 hours is recommended. Obtain baseline blood urea nitrogen, creatinine, and phosphorus concentrations, and recheck them daily. Serial urinalysis can be used to monitor for tubular casts, which may be seen in as little as 18 hours. If renal function test results are normal at 48 hours, reduce fluid therapy to maintenance rates, and then discontinue it in 24 hours if renal values remain normal. If the test results are elevated, continue diuresis until the values normalize or stabilize.10,11

Treat neurologic signs symptomatically. Control seizures with diazepam or barbiturates as needed. Comatose animals need supportive care such as monitoring and maintenance of body temperature and respiratory support if needed.10,11

Ibuprofen ingestion is a common and potentially life-threatening problem in animals. The prognosis depends on the amount ingested, severity of signs, and treatment. Prompt and aggressive decontamination and supportive care are essential to improve the chances of recovery. 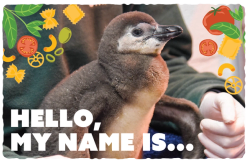 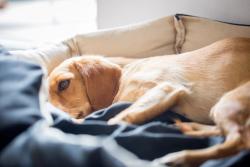