One is 6 veterinarians considers suicide1 and, in a 1995 study of California veterinarians, the suicide rate was 2.6 times that of the general public.2 Cyberbullying, ethical and moral dilemmas, and education-related debt are among the factors that affect the mental health of those in veterinary professions, according to the nonprofit organization Not One More Vet (NOMV).3

In 2014, the death of Sophia Yin, DVM, MS, a prominent animal behaviorist, trainer, author, and lecturer,4 inspired the founding of NOMV. The organization, which focuses on suicide prevention in the veterinary profession, was initially a social media group that quickly grew in engagement.

“Our founder, Dr Nicole McArthur, just wanted a space to talk to her vet school classmates about what was happening in our profession,” said Carrie Jurney, DVM, DACVIM, president of NOMV, in an interview with dvm360®. Those classmates invited friends, who then invited their friends, and so forth, according to Jurney.

The organization has since expanded its base, from solely serving veterinarians to including veterinary technicians, and other professionals in the industry as well as students, Jurney noted. “Now we serve almost 40,000 veterinary professionals across the globe,” she added.

The organization’s impact is also reaching supporters like Suveto, a network of veterinary hospitals that supports practice ownership and career development.

Through the company's Let’s Move program, individuals were encouraged to focus on their own physical, mental, and social wellbeing. Participants logged various activities including those that boosted fitness goals, developed hobbies, and tried new things. Each activity logged was assigned an monetary amount that was combined with personal donations to raise funds for NOMV. Moreover, “it really created a community, which also enhances wellbeing,” said Courtney Post, president of Suveto, of the program.

“The 2 overlaps between the 2 companies are connections and community. It builds more of a community the more that we expose NOMV to the profession,” said Tosha Zimmerman, CVT, LVT, director of veterinary support training and development for Suveto.

According to Janel Eichhorn, vice president of brand and marketing for Suveto, 308 participants in the company’s Let’s Move program logged a collective of 7000 actions to benefit NOMV. Suveto officials recently presented a check to NOMV for $11,805­ at the 2022 American Veterinary Medical Association Convention in Philadelphia, Pennsylvania.

Jurney said funding supports the services provided by NOMV, and the organization is committed to providing free resources to its community of veterinary professionals. “I think the thing that most people know us for is peer support. It’s not all we do,” said Jurney.

Suicide prevention also includes tangible challenges that affect mental health, she said. For example, a person struggling financially could be on the verge of losing their home to eviction. “We believe that the problems we have in wellbeing and suicidality in our profession are multi-factorial, and so we try to attack the problem from as many angles as we possibly can,” Jurney said.

Overall, the organization provides aid to veterinary professionals who are in mental health crisis and/or financial crisis. Resources include peer-to-peer, private Facebook forums; the Lifeboat program with trained volunteers providing support, and educational presentations as well as grants for individuals and practices.4

“We are so grateful to the organizations [that] support the work that we’re doing,” Jurney added. 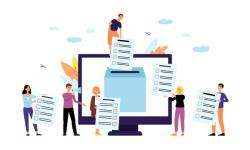