Suicide prevention: How to be someone's person 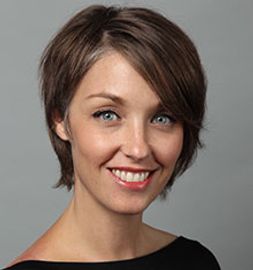 Dr. Meghann Berglund is a proud Colorado State University Ram and the owner of Red Dog Veterinary Relief Services in Colorado. Her hobbies include camping, labeling things and catastrophizing.She is the co-founder of Collective Geekery, the handcrafted art business that steals her free time but returns her inner peace.Meghann agonized over this third-person biography for quite a while trying to make it just perfect. It is therefore not surprising that most of the articles she writes are about how to let go of the fear of being perfect and how were all just sort of bumbling through this life and its easier if we try to do it together. She hopes with this guiding philosophy she is helping her kids grow up to be happy humans.

After I shared my own story with the veterinary world regarding depression and suicidal thoughts, I learned how valuable it is to be there for that person and how an inch can, in fact, be a mile.

Editor's note: This article includes discussion of suicide, depression and mental health issues. If you're experiencing feelings of depression or suicidal ideation, please call the National Suicide Prevention Lifeline (800-273-TALK; 800-273-8255; suicidepreventionlifeline.org). It's 24 hours a day, 7 days a week. No matter what problems you are dealing with, people on the other end of the line will help you find a reason to keep living.

Question: What's the difference between enjoying the scenery and falling off a cliff?

Earlier this year, I shared the story of my struggle with postpartum depression and suicidal ideation. I was incredibly honored, humbled and overwhelmed by the responses I received. Total strangers thanked me for helping shine a light into their darkness. They connected with the description of my anxious, over-analytical mind – something I dubbed “border collie brain.” And mamas with babies of all ages told me over and over: “This is me” and “I needed this today.”

As I read the responses, I felt a sense of responsibility to those taking the time to share their stories with me. I took the better part of a day making sure that I responded to every single comment and message I received. Thank you for sharing. Thank you for staying. I see you. Just keep going.

I began to wonder if I was doing enough. Now that the weight of these struggles had been shared with me, what was my responsibility in carrying them and honoring those who opened themselves up? Knowing there were veterinarians and mothers out there who were hurting, what was my role in helping them? It felt like something for which I was utterly under-qualified.

During my conversations with those who reached out, I was surprised to find that no one was asking me to “fix them.” No one expected me to have the answers, to be an expert or to know how to make everything OK again. They were simply happy to know that there was someone else out there like them, and if there was eventual light for me, perhaps there would be for them, too.

I started to wonder if perhaps-beneath the social media campaigns, task forces and informational brochures-the actual frontline fight against veterinary suicide is waged on a microscopic basis, one fiber of connection at a time.

It's sometimes said by people when recounting times of suicidal ideation that an interaction with a single person helped to pull them out of the darkness. Spoken this way, it sounds incredibly weighty and intimidating. It seems like a realm reserved for psychiatrists, clergy or self-help gurus. But I'm here to tell you that there is absolutely no qualification required to be “someone's person.” But what does that mean to fill that role?

It's recognizing something “off” in the way someone sounds or carries themselves. It's noticing the changes in routines or priorities. It's asking “How are you?” and hearing the unspoken words behind “I'm fine.”

It should be emphasized that you don't have to be close to the person to see that they're struggling. Some of the most meaningful conversations I've had about mental health have been with people I don't know very well. “You seem quieter than I usually see you ... is there anything troubling you, or anything I can help you with?”

It's knowing (or suspecting) someone is struggling and not shying away. No matter how awkward or unqualified you may feel, there is no downside to trying to connect with someone who may be considering suicide.

It's rejecting the myths surrounding suicide, and understanding that asking someone if they're thinking of hurting themselves is not planting an idea-in fact, it's one of the best tools for getting people help: “People who are experiencing the struggles you are sometimes think about taking their lives. Are you having any thoughts like this?”

Being someone's person means understanding that emotions are complex and difficult.

It's normalizing the emotions: the fear and anxiety, the hopelessness and the shame-while still rejecting the action being contemplated.

It's understanding that, at first, you may be met with denial or even anger, but that having someone “alive and mad at you” is far better than the alternative.

Being someone's person doesn't mean you have to fix them.

If you saw someone having a heart attack, you wouldn't be expected to perform bypass surgery just because you were the one who asked them if they were having chest pain. You wouldn't be expected to be their exercise coach and personal nutritionist afterwards. Your only obligation is to recognize the signs of an emergency, stabilize them if possible and get them to a place where they can be assessed and treated appropriately.

Similarly, being someone's person doesn't mean that you are required to solve their problems or fight their battles for them. It doesn't mean you have to be their therapist. And most importantly, if they do end up taking their life, it does not mean that you failed.

For those looking for more information on how to recognize and assist those at risk for suicide, QPR (question, persuade, refer) Gatekeeper Training was created to fill the same role in mental health that CPR and Heimlich Maneuver training does for physical health. The more people can be trained to recognize signs of a mental health crisis and assess and intervene quickly and appropriately, the more lives may be saved. The AVMA is covering the cost for a limited number of veterinarians to become certified in this program-you can learn more here.

Being someone's person can be an incredibly small and simple gesture, with astoundingly deep and long-lasting effects. It's leaning in toward someone who is struggling instead of being frightened away. It's asking the hard questions and listening carefully to the answers, both spoken and unspoken. It's holding space for another human, even if you can't shoulder their burdens for them. It's knowing that opening yourself up for someone to connect with you doesn't mean you have to single-handedly save them-just see them. It's meeting someone where they are, shining a light for them and nudging them back towards safety.

Even if it's only an inch.

Dr. Meghann Berglund is a proud Colorado State University Ram and the owner of Red Dog Veterinary Relief Services in Colorado. Her hobbies include camping, labeling things and catastrophizing. She is the co-founder of Collective Geekery, the handcrafted art business that steals her free time but returns her inner peace.