One Health team at UC Davis hopes to eventually cure this birth defect in canine and human patients.

Dogs like Spanky, an English bulldog shown here with Dr. Beverly Sturges of UC Davis, are usually euthanized due to their spina bifida birth defect. Spanky underwent a successful surgery, which holds out hope for both dogs and children born with the condition. Photo courtesy of UC Davis.Two English bulldog puppies born with spina bifida have been successfully treated with a combination of surgery and stem cells in an approach developed by a veterinary-human medicine team at the University of California, Davis.

Dori Borjesson, DVM, MPVM, PhD, director of the Veterinary Institute for Regenerative Cures at the UC Davis School of Veterinary Medicine, and Aijun Wang, PhD, co-director of the Surgical Bioengineering Laboratory at the UC Davis School of Medicine, often work together to identify diseases that affect both people and animals, according to a university release. In the case of the bulldogs-named Darla and Spanky-researchers developed placental stem cells, combining them with a tissue-engineered scaffolding to optimize surgical treatment.

Dogs born with spina bifida frequently have little control of their hindquarters and are usually euthanized as puppies, according to the release. This research offers hope for these dogs, as well as a basis to inform human clinical trials for babies with the birth defect, UC Davis reports.

The surgical techniques, developed by Diana Farmer, MD, professor and chief of surgery at the UC Davis School of Medicine, combined with the stem cell treatment developed by the research faculty, are progressions toward Dr. Farmer's goal of curing spina bifida. The disorder occurs when spinal tissue improperly fuses in utero, causing a range of cognitive, mobility, urinary and bowel disabilities. About 1,500 to 2,000 children are born with spina bifida in the U.S. each year, according to the UC Davis release. Accurate statistics on dogs born with spina bifida are not kept, as most are euthanized.

Dr. Farmer pioneered the use of surgery prior to birth to improve brain development in children with spina bifida. She later showed that prenatal surgery combined with placenta-derived mesenchymal stromal cells, held in place with a cellular scaffold, preserved the ability of lambs born with the disorder to walk without noticeable disability, the release states.

Beverly Sturges, DVM, MAS, MS, professor of neurosurgery at the UC Davis veterinary hospital, wanted to find out if Dr. Farmer's surgery-plus-stem-cell approach could give dogs closer-to-normal lives along with better chances of survival and adoption. The 10-week-old bulldog siblings Darla and Spanky were transported from the Southern California Bulldog Rescue to UC Davis, where they were the first dogs to receive the treatment, the university says.

After a few days of monitoring to see that they were healthy enough for the procedure, Darla underwent surgery on the third day of hospitalization, and Spanky on the fourth. In surgery, a myelomeningocele was identified at the L7 region of both dogs, consistent with the spina bifida identification on their MRIs. The dogs displayed dorsal positions of the lower extremities of their spinal cords, which were tethered. The sites were dissected and replaced in their spinal canals, with stem cells surgically placed over the defects.

Prenatal diagnosis of spina bifida is not performed on dogs, which is why Darla and Spanky's treatments occurred after birth, Dr. Sturges explains. The disorder becomes apparent between 1 and 2 weeks of age, when puppies show hind-end weakness, poor muscle tone, incoordination and abnormal use of their tails. At their two-month recheck appointment, Darla and Spanky showed off their abilities to walk, run and play.

“The initial results of the surgery are promising, as far as hind limb control,” said Dr. Sturges. “Both dogs seemed to have improved range of motion and control of their limbs.”

The dogs have since been adopted and are doing well at their new home in New Mexico, UC Davis reports.

Applying novel treatments to animals with naturally occurring diseases helps make strides toward curing those diseases that occur in humans as well. The team on this project included stem cell biologists and tissue engineers, along with medical and veterinary clinicians.

They hope more dog breeders, veterinarians and rescue groups will send puppies with spina bifida to UC Davis for treatment and refinements that will help the researchers fix an additional hallmark of spina bifida-incontinence. While Darla and Spanky are very mobile and doing well on their feet, they still require diapers.

“Further analysis of their progress will determine if the surgery helped improve their incontinence conditions,” says Dr. Sturges in the release.

Dr. Sturges hopes to start a canine clinical trial that will further explore the possibilities of this treatment. With additional evaluation and FDA approval, Dr. Farmer also hopes to eventually test the therapy in human clinical trials. 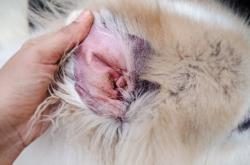 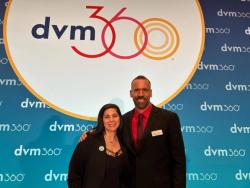